NYC: View From The Front Of The Line For The New iPad 3

When it comes to Apple product launches, I’ve always wondered what it takes to make it to the front of the line. And once you get there, what does it take to survive overnight on the streets, especially at the Apple stores near me in NYC? I’m not sure I would spend the night sleeping on the streets of the city, so I ventured out to talk to the people who have it all figured out: the first people line for the new iPad. 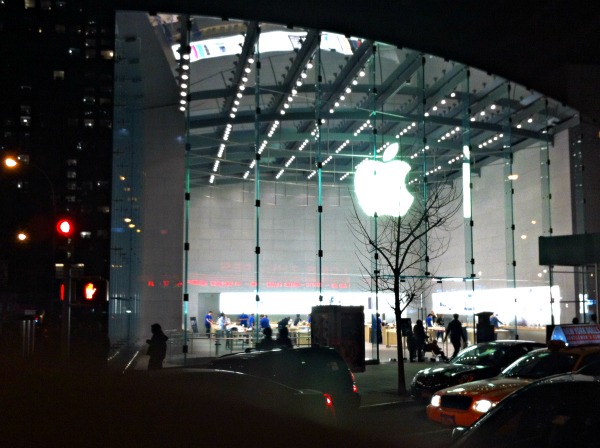 First, I went to the Apple store at Lincoln Center. I met Marvin, one of twenty people in line at 9:10 pm EST. He got there are 6:30 pm to stake his claim. The mist was rolling in and settling over the small crowd, but they were huddled together over cardboard boxes, which were there to insulate them from the bone-chilling New York sidewalks. While the rest of the folks in line were playing cards together and passing around a bag of Doritos, Marvin was cooly leaning up against the barricade, taking it all in. Marvin had snacks and movies on his iPod to keep him occupied. I asked him why he didn’t preorder the iPad, and he said that he missed the deadline to receive it on Friday, so he decided to stand in line to buy one at the store. I asked him if he felt safe being out on the street all night.

New York is safe, and I’m not afraid at all about being out here. Plus, I don’t think anyone will be sleeping here in line anyway.

Behind him, a group of young europeans lit up cigarettes and settled into the card game. 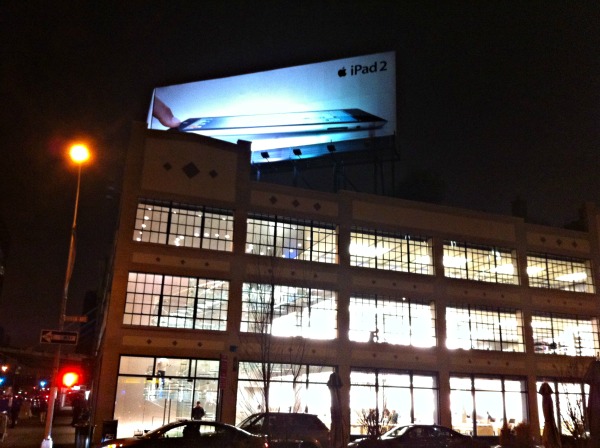 I moved onto the Apple store in the Chelsea neighborhood, where I met up with John. He was relaxed in a camping chair with his Beats headphones on. He had been in line since 9:30 am. I looked behind him and noticed that there were only about 10 others camped out. “So when did the second person in line arrive?” I asked.

I was the only one here until 4 pm

he replied. John was one of the first people in line at the Chelsea store for the release of the iPhone 4, so he thought that staking his claim sooner rather than later would help him get to the front of the line. When I asked him why he decided to camp out again, he said that he was there to buy his very first iPad. He had a chance to preorder the device, but he had fun waiting in line for his iPhone, so he decided to wait in line again. John packed his computer, his iPhone, and his favorite games.

While I was talking to John, a couple in their mid-fifties who looked as if they had a few drinks sauntered over.

So what’s the big deal with this big iPod thing?

they asked John and I.

Well, we’re hanging out waiting for the IPAD. I’m an Apple fan and I came out to enjoy meeting people in line. Apple product launches are “a thing”. It’s a fun time, I said.

The couple looked confused. If you get it, then you get it. If you don’t, then people like John and I look like we are crazy. I bid John farewell and turned to see the iPad billboard high atop the roof of the Apple store, watching over the Gotham like the bat signal.

Overall, this product launch wasn’t greeted with much hype in NYC despite the excitement of the new iPad specs. I called an employee of the Lincoln Center store and she noted that there wasn’t much of a line because most people “were sane enough to order online this time”. It’s not like I’m expecting confetti and a man in a dancing iPad costume outside of the stores, but the efficiency of the preordering process took away most of the anticipation for this iPad launch.

Have you even waited in line overnight for an Apple product release? If so, what happened?