Google has hired entrepreneur Kevin Rose, who will begin work for the company almost immediately.

Rose is best known for starting early social link sharing site Digg, which has fallen by the wayside in spite of its early success in the arena that services like Twitter and Reddit would eventually come to dominate. Given his prowess in social and viral media, it’s likely that Google will tap Rose to work on Google+, the company’s social media project that has failed to gain impressive user momentum. 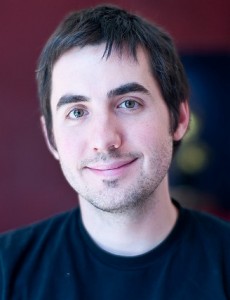 Other reports indicate that Google has also acquired the team that worked at Rose’s most recent project, mobile app incubator Milk — and that the team’s cost was driven up by a bidding war with rival web giant Facebook, a company with which Google is nursing an increasingly high-profile rivalry.

The future of Milk, which still features an ad for an open engineering position on its homepage, is not clear. They recently shut down social rating service Oink, which was their only project. Due to the timing, it seems likely that decision was made in anticipation of the move to Google.

“Oink was our first test and, in preparing to move onto the next project, we’ve decided to shut it down to help focus our efforts,” reads a statement by the Milk team. “Thank you so much to everyone who joined and contributed to Oink. You have been the heart of Oink. We are extremely grateful for all of your effort finding and rating the best things in the places around you.”

The new blood may signal unrest at the Googleplex, where Google+ has shown disappointing activity levels in spite of initial buzz and a decent user count. And former Google engineering director James Whittaker took to the blogosphere this week to criticize the company’s social initiative writ large, arguing that Larry Page’s emphasis on competition with Facebook has undermined the company’s entrepreneurial spirit.

This will not be Google’s first dealing with Rose. The company tried, unsuccessfully, to acquire Digg in 2008. Intriguingly, Rose has also recently invested in Facebook, which was outbid by Google in its effort to hire the Milk team.