Google announced today that they would reinstate the option to view words on buttons instead of icons in Gmail, partially in response to complaints by users with visual impairment.

“Some people loved the new icons,” reads an announcement by the Gmail team. “Others, especially low vision users, found words easier to distinguish. We’ve been listening to your feedback and we now have a setting that lets you turn the icons into words.”

The company overhauled Gmail’s user interface in November, in a bid to standardize the design of its product line. As part of that change, they did away with text on buttons in favor of icons, such as a circled arrow on the prominent “refresh” button — though hovering the mouse over buttons still displayed a tooltip label. Buttons will still display icons by default, according to the announcement.

“Thank you so much! I’ve been waiting for this ever since the buttons were changed. It’s good to know Google actually listens to user feedback,” wrote user Justin Cardoza in the announcement’s comment thread. “This brings GMail’s usability back up to where it was before and gives me a whole new appreciation for the interface you’ve created.” 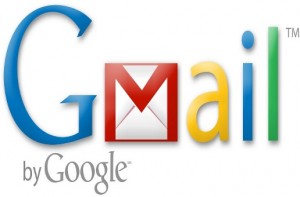 In the spirit of accessible design, Gmail does support a number of high-contrast themes. Relatedly, speech-to-text and voice recognition software has already affected the visually impaired community, with advocacy groups now estimating that only ten percent of legally blind Americans are now able to read Braille.

Google maintains an accessibility guide for users with visual and hearing impairments, which includes sections on Android and Gmail.

It is not clear whether any third-party plugins were developed between the interface change and Google’s announcement today that reverted buttons to a text-based format. However, Firefox add-on Google Redesigned seeks to improve the interfaces of Google products beyond what is currently available from the company.

The November interface redesign was generally well-received, a fact that the Gmail team drew attention to in the announcement: “Love the icons? No problem,” they wrote. “Icons will continue to be the default, and you can always hover over the button to see its name.”

As Google’s suite of products have become indispensable productivity tools to some users, even small interface tweaks have come to launch fierce debates. News that Google may spring for dedicated software navigation buttons in Android 4.0, for example, has prompted an outcry from users who feel that physical buttons free up valuable on-screen real estate.

NYC: View From The Front Of The Line For The New iPad 3