St. Louis Experiences Its Own SXSW At SXSTL13 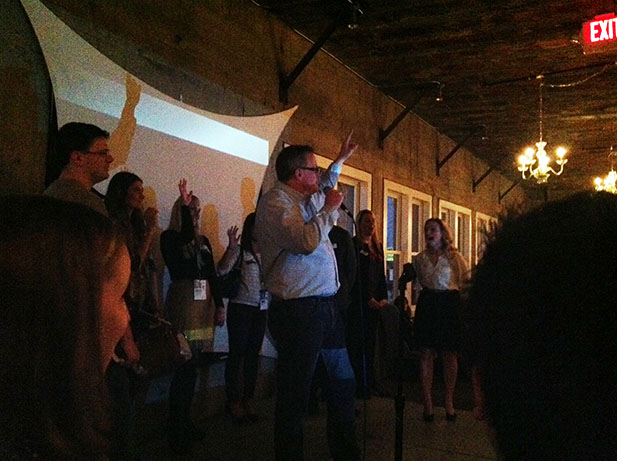 As you are likely aware, South by Southwest (SXSWi) Interactive Festival is the biggest digital and social event of the year.  Featuring an extraordinary who’s who of industry leaders, celebrities, and brands, attendees can expect five days of networking excellence, dynamic presentations, and the very best in social media, digital, and technology.  And not to mention, you’ll barely sleep during your time there with all of the excitement.

However, not everyone is able to make the trip to Austin, Texas.  Good news is that over 300 plus local St. Louisans received a taste of SXSW at the second SXSTL event.  Taking place at Plush, the event on Wednesday, March 20, was put on by Social Media Club St. Louis with the help of Fleishman-Hillard.

It was an evening of cocktails, networking and presentations as many area members shared their own SXSW experiences, including Techli’s own Founder Edward Domain.  He kicked off the sharing section of the night with a very interesting story, one so interesting we can’t tell you about it here.  Let’s just say Kirk Bowman, Founder of zZipline, tweeted, “Want to add excitement to your event? Give the mic to @EdwardDomain #SXSTL13.”

Want to add excitement to your event? Give the mic to @edwarddomain #SXSTL13

Things we can share with you include a few very exciting trends and themes that seemed to resonate with all of those who attended.  Gary Pierson, who represents many clients in the entertainment industry talked about how music and the interactive world are coming together stating, “Last few years, I made a point to get there for the interactive portion instead of just the music.  It’s interesting how these worlds are coming together.  Saw a startup that was a concert ticketing startup.  You might think they’d launch during the music portion, but no- they launched on the last day of interactive.  It’s a really good example of how SXSW is bringing those worlds together, and it’s a trend I think we’ll see more and more.”

Patricia Lee from Panera Bread also shared her experience stating, “One of the trends we saw came from social business.  People care more and more about what their company stands for.  People now get to see who your company is. They are interacting with you on social, and they’re more likely to support you if they know what you stand for.”

We even heard from SXSW success story clickwithmenow.com, who shared an unbelievable story of adventure and triumph.  Brad, lead experience designer for Perficient discussed the gaming industry and things designers can learn from that field.  To say the least, it was an evening featuring incredible discussion and amazing stories.

Something that was a common experience shared between all of the speakers centered on the importance of storytelling, and how it’s no longer just the company telling the story.  It’s become a two-way street between a top-down, corporate-driven process and a bottom-up, consumer-driven process.

While not a new concept, but a continuing trend, it’s important to point out that we’re seeing the greatest changes occurring in consumption communities, not just in individuals.  With the continued proliferation of social media, we’re going to continue to see the line of content creators and content subscribers becoming increasingly blurred. 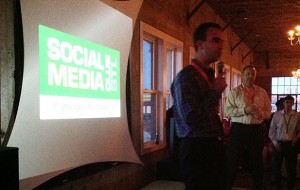 This means that storytelling in general and how brands engage and interact through their social channels will continue to be important in 2013.  However, in order to take advantage of this, you need to have access to the information.  That’s where one of the really neat experiences of the night came from, when Fleishman-Hillard presented on their “Black Box” technology.

If you haven’t heard about this, get ready for a really exciting development in the world of big data and social media.  “So what is it?” you may be asking yourself. Good question, self! They describe it as “an intelligent system that makes meaningful content from big data in real time.”  With this technology, brands will be able to monitor, measure and even analyze the entire social landscape.  In other words, it’s real-time insights to help brands improve their bottom line in a very powerful and strategic way. 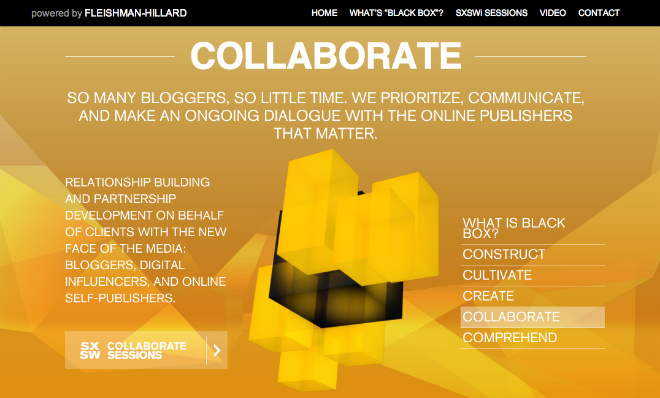 Edward Domain saw Fleishman-Hillard’s Black Box first hand at SXSW, stating, “They are one company who demonstrated the use of social in a really compelling way at SXSW.  Just experiencing the Black Box there was so much fun. It’s like missile command; I had a hard time not touching it.  It’s so cool, the pictures don’t do it justice.  Instead of doing social media in the normal way, they’re pulling in all this live data. Through this, they figured out that Miley Cyrus, who is part of the Chevy campaign, is not working out. Them together is not resonating with buyers, and they know that because of Black Box.”

There you have it. Does it almost feel like you were there?  While nothing quite beats actually attending SXSW, the folks at SMCSTL were kind enough to put on a great event that allowed those who couldn’t attend (like myself) to stay up-to-date on the many trends and insights stemming from the biggest digital and social event of the year.

What about you? Did you attend SXSTL13? What were some of your key takeaways?  Share them with us in the comments!