Home > Blog > Why is Facebook Subject to Such a High Corporate Tax Rate? Why is Facebook Subject to Such a High Corporate Tax Rate?

Facebook, the successful social media platform that has changed the way we interact with each other and share news and photos, is subject to a very high corporate tax rate. In the third quarter of 2012, its non-GAAP tax rate was 40%.

Compared to the US corporate tax rate, which is only 35%, Facebook’s rate far exceeds the rates paid by larger and more mature companies in the technology sector. Why is it this way? Why does Facebook end up paying so much more in taxes than other similar companies?

Overseas Operations Not Subject to US Taxes

One of the biggest reasons why Facebook is subject to such an abnormally high corporate tax rate is because it has losses from overseas operations for which it does not receive a current tax benefit. As these losses are outside of the United States, they are not tax deductible. It also has expenses for restricted stock compensation for which it will receive future tax benefits. As Facebook uses their accounting solutions to determine how they can shift more earnings overseas in the style of other tech firms, they will pull down their tax rate.

When it comes to corporate taxes, it really is a question of timing and when year-to-year results are reported. For example, a company such as GE has a large number of overseas operations that it does not pay income tax on in the current year. However, when it brings those overseas profits back to the USA, it will pay income tax on them.

Many other technology companies have successfully cut their tax rates, including Google and Apple. They have huge earnings in their overseas markets, which lowers tax rates and allows earnings to build up over time. At the moment, according to the most recent annual report by Apple, the company has approximately $54 billion in profits outside of the USA. Google, another major tech giant, has approximately $24.8 billion in overseas gains. If either company were to bring that income back to the USA and invest it, they would have to pay corporate income tax to the USA at that time. However, as long as those profits stay abroad, the company only owes taxes to the host country and no American taxes need to be paid on them.

Let’s take a closer look.  In 2011, Facebook had a total of $1.6 billion in revenue outside of the USA, but according to the tax records the company had a refund, or a net tax benefit, on its international operations over the last three years. Only $348 million of Facebook’s sum total of $3.9 billion in cash and securities is held outside of the US at the moment.

Investors in the company are encouraging it to find legal ways it can lower its tax bill, and Facebook has already started a great deal of operations in Ireland where taxes are low. It is a common practice for technology firms to keep their new technologies in countries with low tax rates and then license them to their operations in the US.

According to analysts, Facebook’s tax rate will soon go down because of the exercise by investors of millions of stock options after the IPO. If all 187 million of Facebook’s stock options were exercised in 2012, this would generate a deduction of income taxes.  That figure would be somewhere over $1 billion. This would cover their 2012 tax bill and still have enough deductions to offset the tax Facebook has paid in the two years prior.

The tax rates for large corporations can be very complicated and these companies have a lot at stake in finding out the best way to manage their finances for optimum profit. There are many factors as to why Facebook is subject to such a high corporate rate and these factors may change as the company adjusts their financial operations in the future.

What do you think? Is Facebook making a smart move?  How do you feel about the increasing globalization of US companies with overseas operations? 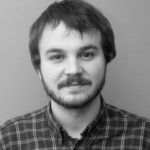 Carlo Pandian is a business writer interested in start-ups, social media and technology. He also writes how to guides on Intuit cloud accounting and loves to discuss the latest tech trends. When he’s not at the computer, he loves gardening and eating good food.

St. Louis Experiences Its Own SXSW At SXSTL13