Opinsy Is A Social Graph For Demonstrators, Revolutionaries 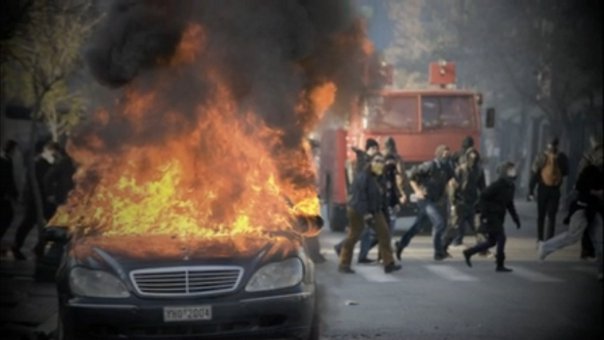 At least on the surface, Opinsy conforms to the ultra-typical web startup model: cutesy name, lightly nuanced social focus, and a trendy, scant beta website designed around inoffensive shades of blue and green. Look a little closer, though, and the site has a very serious edge: a prominent clip shows burning cars, street demonstrations, soldiers, and riot police, set to a mellow electronic soundtrack.

The project aims to visualize opinions around issues large and small, and to provide discussion forums for hot-button topics. But it seems that to become notable, the site is going to need a user base that courts controversy – which could in turn force the site’s staff to make some difficult decisions around censorship and free speech.

What if, for example, a community developed on the site that the staff was deeply uncomfortable with on a personal level? Founder Ankur Shah – who previously co-founded Techlightenment, a social media agency that sold to Experian last year – said he is less concerned about that possibility than excited about the potential to create a venue discussions that is “special and powerful.”

“If a community develops that respectfully exchanges views that the team here are uncomfortable with then we have achieved our mission,” he said. “We want to create a credible and accessible platform to discuss opinions, but create communities around those opinions.”

The site is moderated, Shah said, and the team will crack down on any parties who sabotage others’ rights to express their own opinions. But the primary challenge in his eyes is one of authenticity, not censorship.

“I think if we achieve our mission, we will enable a free flow of thought of opinions that are both timeless and others that are current,” Shah said. “The challenge which we are incredibly wary of is to ensure the site remains credible, that the discussion is mature and that the communities are real and passionate – this is about connecting people together around their opinions as much as about enabling people to express their opinions.”

In addition to serious and sensitive issues, Shah expects some opinions to be fun or trivial.

“Let’s not get too serious!” he said.

Projects attempting to create similar opinion communities include Menschn and Amen, both of which are less focused on political issues.

Opinsy, which is in an invite-only beta phase, is funded by London-based Wushi Labs. The project is still considering future revenue models.