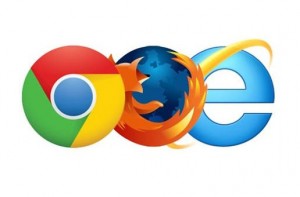 It’s possible that Mozilla and Google are prepping a push for regulatory action against Microsoft, in the wake of that latter software giant’s decision to limit the ARM-based Windows RT’s browser selection to Internet Explorer.

Mozilla, which oversees development of Firefox, and Google, which created Chrome, have both broadly suggested displeasure at Microsoft’s decision – informed by security concerns, the company says – to only allow Internet Explorer to run on the tablet-oriented Windows RT. Though the pair both have interests in popular open-source browsers, they are in other ways decidedly strange bedfellows, the Mozilla Foundation a focused non-profit and Google a mammoth, diverse web enterprise.

In a critique posted to the Mozilla blog Wednesday, Mozilla general counsel Harvey Anderson recalled the period of time between the collapse of Netscape and the rise of Firefox, which he characterized as being without “a choice of browsers to navigate [users’] digital lives.” Anderson also specifically invoked antitrust law, though it is unclear what measures Mozilla plans to take to combat the decision.

“Because Windows on ARM relies upon so many traditional Windows assets, including brand, code, footprint, and experience, the decision to exclude other browsers may also have antitrust implications,” he wrote. “If Windows on ARM is simply another version of Windows on new hardware, it also runs afoul of the EC browser choice commitments and seems to represent the very behavior the DOJ-Microsoft settlement sought to prohibit.”

Google jumped on the bandwagon a day later, echoing Mozilla’s concern that limiting browser choice will have a chilling effect on innovation and user experience.

“We share the concerns Mozilla has raised regarding the Windows 8 environment restricting user choice and innovation,” reads a statement by the company. “We’ve always welcomed innovation in the browser space across all platforms and strongly believe that having great competitors makes us all work harder. In the end, consumers and developers benefit the most from robust competition.”

Ironically, Google is itself the subject of a current antitrust investigation. The Federal Trade Commission is looking into whether the company has adjusted search rankings to promote its products over those of its competitors, and whether doing so would run afoul of the law.