Microsoft is planning a major update to its Bing search engine, which will reportedly begin rolling out in the next few weeks into early June. The update will introduce a set of new features that Microsoft hopes will allow users to make “quick, informed decisions.” 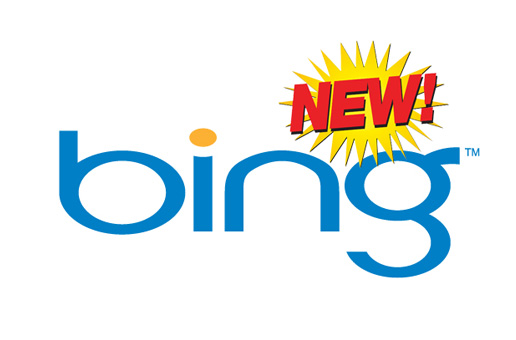 Bing’s new features are the result of a user survey of 1,400 customers conducted by the company last year, where Microsoft discovered that the majority of search engine users were frustrated with the amount of time and lack of certainty that came with finding the information they were looking for.

Using this information, Microsoft plans to implement features that will allow Bing searchers to view results in a compact, three column view that showcases the most vital information available on the topic.

Microsoft began improving the Bing engine by looking at the kind of unnecessary results that were cluttering searches and forcing users to repeatedly refine their search terms. In one example of improvement, Engineers found that separating unwanted search results from social networking websites greatly helped users get to the most relevant information.

“One of our goals with Bing was clarity of information,” Robert Dietz, principal design manager for Bing, said in a press release this week. “We wanted to remove the noise and the extraneous information so that the real heroes on the page would be the results.”

A team of 20 designers have worked to clean up the look and functionality of Bing, removing the left bar entirely to make results more immediate and provide more room for Snapshot and Sidebar – the engine’s most significant upcoming features. 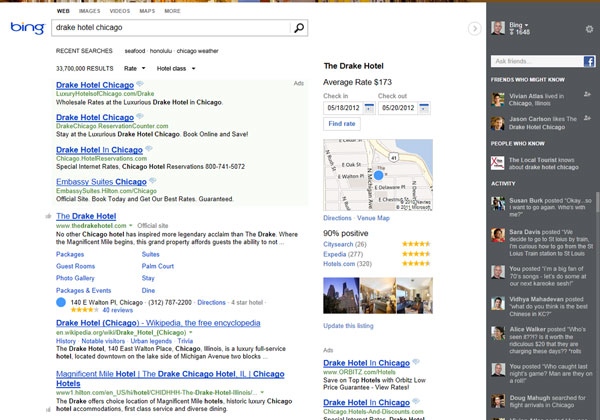 Snapshot will be a space in the middle of the browser that intelligently provides the most relevant information for each result in a compact space. The press release gives an example of a hotel search providing aggregate, immediate information like prices, star ratings, user reviews, and locations.

“Up until now, people would have to visit different sites, read reviews about that hotel, and cobble them all together to form an opinion,” said Stefan Weitz, Senior Director of Bing. “With snapshot, we do the heavy lifting by assembling the most useful information in a way that allows people to quickly consume it and make it valuable.”

Sidebar, which will be located at the far right of page, integrates useful social information into Bing’s search results. When a user searches for a topic that relates to particular friends on their social networks, the Sidebar will direct the searcher to those friends for further advice on the topic. Sidebar will work similarly with tweets and blog posts across the web, written by experts on whatever subject you’re looking to know more about. With the Sidebar feature Microsoft is hoping to implement the kind word-of-mouth recommendations that are largely absent from current social network interactions.

If all of these new features perform as advertised, Google-apathetic internet searchers may finally have an excuse to step over to the dark side. But until we can see the new engine in action when it becomes widely available to the public next month, it’s hard to say whether or not any of those dabblers will be impressed enough by the new offerings to stay.