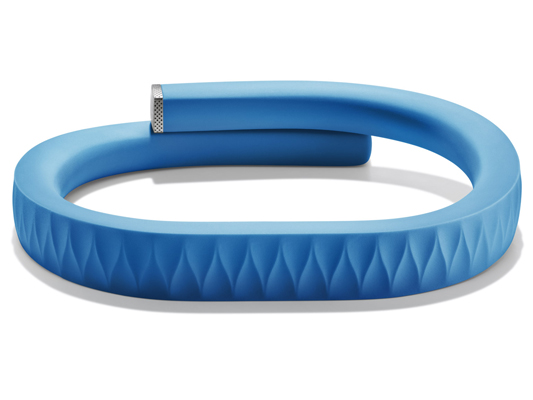 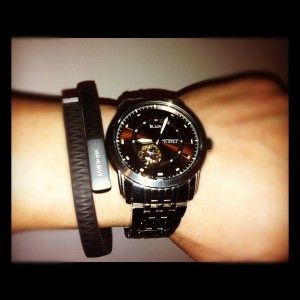 UPDATE: The Up Band has since been recalled by Jawbone, see here for more details.

Smartphones are rapidly becoming an integrated part of our daily life, so it is no surprise that brands are starting to utilize the power of smartphone applications to enhance their products. About a week ago the Bluetooth headset development company Jawbone released its newest product, the UP Band. UP is a wristband that tracks your daily sleep, movement, and eating activity and then records it to an iPhone app. Over the past week I’ve been using the product in hopes of giving the Tech.Li community a practical review of this interesting gadget. 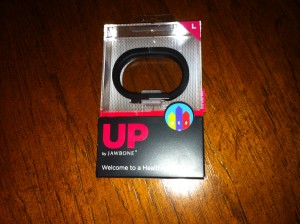 The first thing that impressed me about the product was the package presentation. Jawbone took a page from Apple’s book and created a very enjoyable unboxing experience. The band is displayed prominently in a see through case, which also includes a wrist measurement tool to assure proper sizing. It was very easy to access the wristband and begin using it immediately. The UP Band, a USB cable for charging, and the owner’s manual were all included in the box.

The wristband is powered by MotionX, the company behind the MotionX GPS software, and weighs approximately 5oz. The outside of the band is coated with a rubber texture which protects the inside components and also makes the band waterproof. One minor downside to this rubber texture is that it often gets caught on your clothes or coat when you are taking them off and on. I also noticed a slight irritation of the band pushing against my skin while typing on my MacBook Pro so I usually take it off if I will be sitting at the computer for long periods of time. Generally speaking I’m not moving while I’m on the computer anyway so this wasn’t too much of an issue.

One of the coolest features of the band’s hardware is the built-in vibration alert system. You can set the band to alert you by sending a short powerful vibration. This feature was intended to remind the user to “be active”, but practically speaking you can use it however you please. In my personal experience I set the alert system to notify me every 15 minutes throughout the day to remind me to look away from my computer screen to adjust my eyes and prevent eye strain. 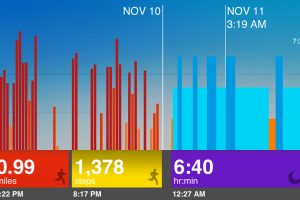 The best aspect of the UP Band is the various data it collects throughout your day. Using the UP iPhone app, the band tracks all of your activity including sleep patterns, steps, distance, calories burned, pace, intensity level, and even the food you eat. The food feature essentially allows you to take a picture of the various foods you eat throughout the day. The app will then ask you several hours later to rank how the food made you feel. In my experience, I found it impractical for me to take a photo of everything I ate throughout the day however, some people may see this feature as a helpful way to prevent binge eating or a convenient way to remember the various food you have eaten throughout the day. 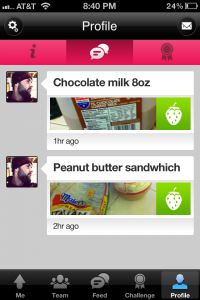 The band has three different modes, awake, workout, and sleep, which are controlled by a button on the end of the band. To collect this data the user removes the cap on the band and inserts it into the iPhone headphone jack. One problem I had with this process is the that the cap is very small and can easily be lost if you don’t replace it immediately after you sync the data to the app.

The UP app itself is a bit buggy at times. One feature I had a problem with was the landscape view of data. Whenever I would view my data in the landscape view it was nearly impossible to get back to portrait mode by tilting my iPhone face up. Jawbone attempted to make this a social app by integrating different feed and friend options, but at the moment I’m experiencing the single user issue because none of my friends have the UP band. One way they could alleviate this problem is by integrating the Facebook or Twitter API and allowing the posting of content to these networks.

Negatives aside, the app has nonetheless provided me with some of the most interesting data about my day-to-day activity. Over the last week I have learned that on average it takes me 25 minutes to fall asleep from the time I put the UP Band in sleep mode. On average I get about 6 hours and 35 minutes of sleep per night. Of this time, 1 hour and 55 minutes is spent in REM sleep (when you dream) and the rest of the time is spent in a light wave sleep. The UP Band records this data by tracking your movements during sleep. The built-in alarm system is set to wake you up by vibrating while you are in a light wave sleep. In layman’s terms, when you awake from a deep wave sleep you feel groggy, irritated, and tired whereas awaking during light wave sleep leaves you feeling refreshed and awake. 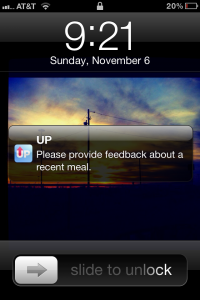 Jawbone recently sent me an email with some impressive data: 35 years of sleep, 80 million steps, and 40 thousand meals have been logged in just over a week of use by early adopters. Overall I really enjoy this product and plan on continuing to use it to keep track of my daily activity. Aside from some minor problems with the app I believe the UP Band is well worth the $100 price tag and would make a great holiday gift for the hard-to-buy-for consumer. 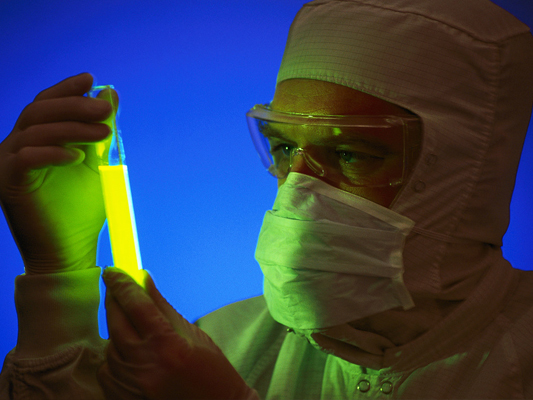 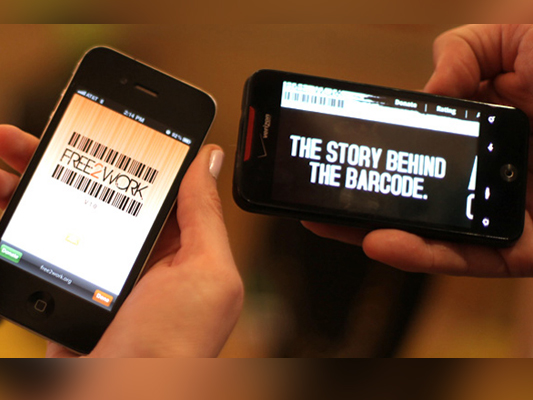