As a former team member of a biotechnology startup, I was amazed by the amount of people, including venture capital investors, who questioned why innovation was not happening in biotechnology (biotech) startups at the same rate as in technology (tech) startups. Innovation is happening just as fast however, there are more hurdles that biotech startups have to overcome.  The five fundamental hurdles that separate biotech and tech startups are:

Sure, every industry has regulations and there are numerous government agencies enforcing those regulations. However, when it comes to biotechnology, regulation is the law and the Food And Drug Administration (FDA) is its enforcer. Imagine if your iPhone had to first go through pre-clinical trials, three phases of clinical (human) trials and be scrutinized to the finest degree on the data behind the trials by a government authority. There is no doubt that the iPhone and other technological innovations go through rigorous testing. The difference is that tech testing is not monitored by an encumbering governmental organization at every step of the process.

This may be a controversial point, but the system established for scientific research is broken. Instead of fostering sharing and innovation between researchers and peers, the research system is focused on rewarding individual researchers. Basically, you are not going to get that next position based on the knowledge you shared with another researcher, but based on the amount of research papers you published with your name as lead researcher (see the article “Why the world of scientific research needs to be disrupted” on GigaOM for more information).  In contrast, startup tech companies are famous for co-working spaces and collaboration between companies.

When you think of tech entrepreneurs, you get the vision of young, vibrant intellectuals working with spare electronics out of garages, or young college students using the Internet to run a company out of their dorm rooms. However, when you think of biotech those things certainly do not come to mind. That is because with tech there is a lower barrier to entry. Most of us have

access to the Internet, electronics, and the freedom to make whatever we desire (well, maybe not death rays or doomsday devices) out of those things. Can you picture your neighbor’s kid working in the garage with anthrax? Scary, right? Basically, “barrier of entry” is that access to the tools needed to work in biotech are not readily available to the average person. However, there is a movement to help increase biotechnology at home from organizations like DIYbio.org.

As the famous quote from Arthur C. Clarke goes, “Any sufficiently advanced technology is indistinguishable from magic.” People do not frequently interact with biotech like the way they interact with their technological devices. Hence, they do not understand it and sometimes fight it. The most visible example of this is the vaccine debate on whether vaccines are safe or not. It has been demonstrated in numerous studies that vaccines are safe and effective, but because people do not understand vaccines they denounce or dismiss them. Until there is widespread familiarity of biotechnology, biotech innovations will not be as readily accepted by the public as tech innovations currently are. 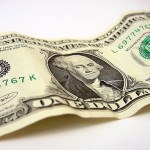 Although influenced by a combination of the factors above, capital is a major reason why biotech is not the same as tech in the startup realm.  Biotech innovation frequently takes years of research and testing before there is a potential for a return on capital from a product or through an IPO.  In tech, there is the potential for a much quicker timeline to product or IPO. In our capital-focused society, this difference often means that funding is more readily available for tech startups as compared to biotech startups.

What do you think?  Do these fundamental hurdles really explain the difference in observed innovation between biotech and tech startups?

Chris Young is a writer, graduate of the University of Illinois with a degree in biology, and previous biotech start-upper. He is often spotted in the wild - at social networking and start-up events, gardening, attempting to cook, hanging with his wife and puppy, and enjoying a drink with friends. He harbors the mentality that ideas are great but the execution of the idea is what will make the difference. His articles range from health tech, biotech, news, and whatever else peaks his interest. His favorite joke: "What did one snowman say to the other.......It smells like carrots." @ChrisMYoung | Linkedin | About.me

software companies, came out Friday with a strong start, showing that investors are eager for new ways to tap into the shift of advertising dollars into the digital world. While several marketing software developers have had strong IPOs in recent months, Marin is one of just a few IPO-bound marketers focused specifically on advertising technology.