On the first of this month the Irish Government signed the controversial internet censorship bill, SOPA, into law. Both SOPA and ACTA have seen a tremendous amount of resistance all across the world, where websites like Reddit and Wikipedia blacked out entirely for the day on January 18th of this year. The bill’s opposition has been so strong that the U.S. Congress dropped the legislation due to the public’s overwhelming push against it. The biggest and most dangerous feature of the bill is that it would allow the government to take down any website that might be hosting potentially copyrighted material, essentially forever ending posting communities like Reddit. 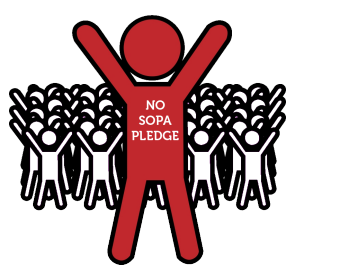 Right around the time of big internet sites blacking out against SOPA, Anonymous Sweden took down Irish government websites and published personal information including email addresses and phone numbers of members of the Irish Parliament. The attacked websites included the Department of Justice and Finance, along with several other minor branches. This happened only a week after the hacker group had been busy taking down US government websites amidst backlash for SOPA and PIPA.

SOPA in Ireland faced relatively the same amount of opposition as the bill in the United States; 80,419 signed an internet petition against the bill in a matter of days. Unlike the U.S., however, the Irish government ignored the overwhelming dissent of its voters and pushed the bill ahead after most of the controversy dissipated. Voters weren’t even able to properly make appeals to their representatives because the law was passed through ministerial order, which allowed the bill to be signed into law without being voted on in Irish parliament.

The passing of the bill in Ireland sets a dangerous precedent for the future of a free internet. The bill may be squashed here in the US, at least for now, but the idea that it could pass anywhere among such strong opposition is truly frightening. It seems anyone who was thinking that we, the world, had won the battle against internet censorship was celebrating too soon. Ireland’s only hope now is that the law proves in action to be just as irrational as it actually is, and that the people keep rallying strongly against it.

To find out ways you can help, visit Stop SOPA Ireland.com.