Heavy Rain with a Big Glass of Vodka

When I loaded up Quantic Dream’s Heavy Rain and began to tread through its odd introductory prologue, I was confused. Simultaneously entertained and annoyed with having to enter complex button combinations in order to, for no compelling reason, brush my teeth, shave my beard, and take a shower, I felt the urge to have a drink. Twelve ounces of Three Floyds’ Jinx Proof Lager came to my rescue, but as I slowly got sucked into the game, I knew that a pilsner, no matter how delicious, was not what I needed to maximize the Heavy Rain experience. 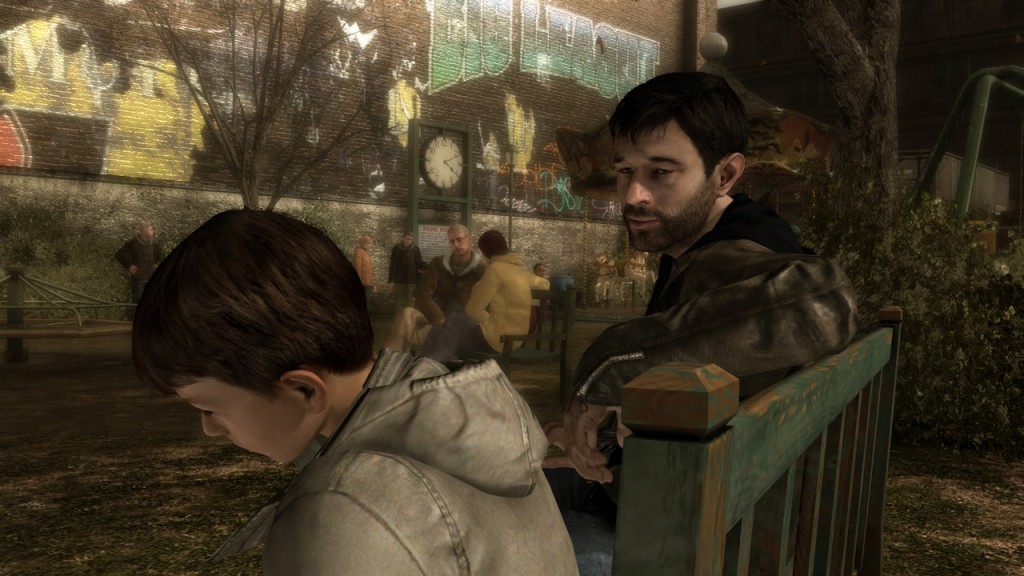 Heavy Rain is an incredibly exciting and original game. It puts you in the shoes of four different characters that are in various ways concerned with tracking down a serial killer. Alternating between a schizophrenic architect, an asthmatic private detective, a junkie FBI agent, and an insomniac photographer, it is up to the player to make snap decisions that will alter the course of their respective investigations. These choices lead the player to one of a large variety of possible endings. Heavy Rain moves along a course that twists along with player’s reactions to sudden prompts to enter various combinations of buttons and joystick movements.

Early on in the game, when, in the shoes of our aforementioned architect, I failed to save my son from a fatal car accident. I realized immediately that the right pairing for Heavy Rain was going to be of the stiffer variety. “But Ben!” my readers are probably thinking. “Your blog about pairing video games and booze suffers from an utter lack of pretension! Can you talk more about 19th century Russian literature?” Well, if you insist: I recently started reading Dostoevsky’s Crime and Punishment, and my soul has been steadily tenderized with the ceaselessly harsh events portrayed in the novel. Inspired by the book’s wretchedly impoverished denizens of St. Petersburg, I turned instantly to cheap vodka. 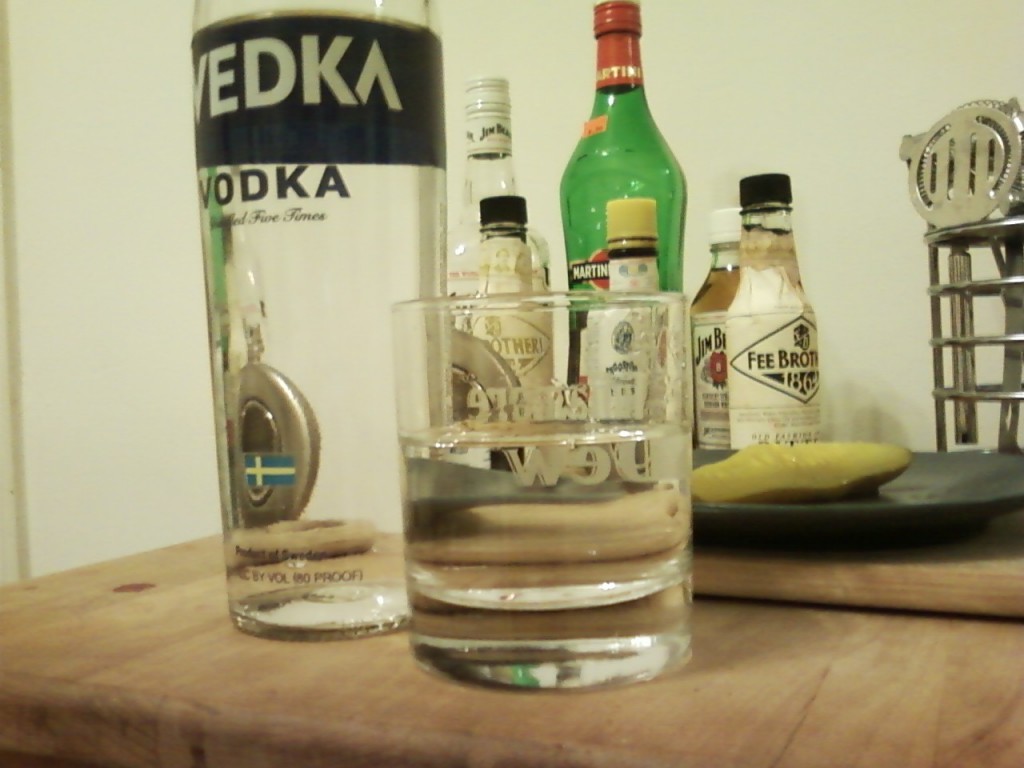 I chose Svedka for this experiment, not because I think well of it, nor because of it’s Swedish origin, but because I wanted something cheap and I was too much of a wuss to buy Karkov. I poured myself a hearty glass of Svedka. As I played through a chapter of Heavy Rain I drank it neat, at room temperature, with only a solitary pickle spear to keep my taste buds from revolting. Crime and Punishment meticulously describes the actions and conversations of its characters in the course of examining the darker corners of the human conscience. The novel’s extraordinarily detailed narrative brings the reader very close to its characters such that the tragedies they experience hit close to home. The seemingly minor and insignificant actions that players must perform in Heavy Rain achieve a similar effect. When you’ve very carefully helped someone put on their pants, it feels that much more personal when you later have them belly-crawl through a narrow tunnel coated with broken glass in order to save their kidnapped child. It all results in an interactive experience that practically begs for booze.

The wonderful thing about drinking along with this particular game is that if one fails to input certain actions successfully or makes bad decisions, the game moves on, taking this into account and steering the plot accordingly. While drinking Avery’s The Beast and playing Altered Beast, my reflexes and judgement were significantly impaired. Inevitably I found myself dying over and over, and gave up. With Heavy Rain, there’s no dying over and over. The vodka caused my decisions to become ballsier, perhaps, and I did not succeed in entering button combinations correctly as often as when I was sober. But just as in real life, alcohol didn’t kill me. It just made me do stupid stuff.

The horrifyingly depressing nature of Heavy Rain made straight vodka a very appropriate pairing. Thanks to Dostoevsky for helping me figure that out. Svedka may smell like the antiseptic that I daubed onto another character’s mutilated arm by gently moving the control stick up and down (thus furthering my immersion into the game’s world), and it may taste even worse. I did not choose to drink it because I though it would be fun, but instead because it was the right thing to do. It might be a good thing that my save file got corrupted during the course of this experiment (this is apparently a very common problem that has never been fully addressed by the game’s publisher). I’ll use the rest of the Svedka for screwdrivers, or at least I’ll have it on the rocks.