Utellit Is Taking The “Lameness” Out of Text Messages 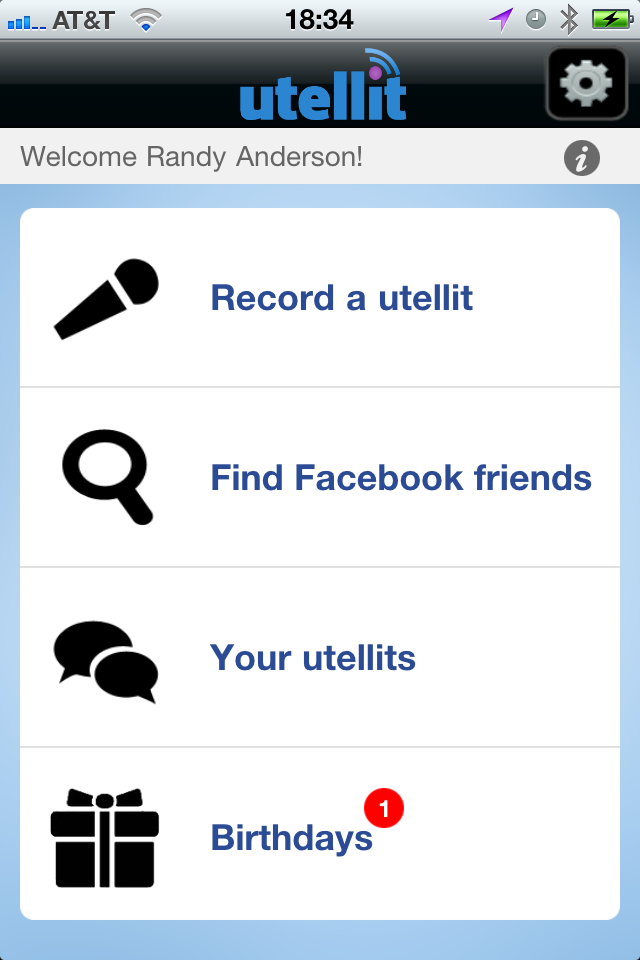 “How you doin’?” That phrase sounds a lot cooler when Friends character Joey Tribbiani says it than it does when I type it. This is the problem that a two-month-old start-up called Utellit is tackling with their new iPhone app. Utellit hit the App Store last Friday and according to founder and CEO Rishi Khullar they are trying to “solve lameness” by adding some personality to our text-centric world. Since text-based messaging dominates the way people communicate, Utellit is offering a solution to what Rishi calls “inappropriately impersonal” messaging. Instead of having to write happy birthday on a friend’s Facebook Wall, the app allows you to actually say happy birthday to someone by creating a “utellit” and post that on their wall instead.

I downloaded the app on Saturday morning and requested access to their private beta which was granted later that evening. The app is pretty simple to use: you create an account and connect to Twitter and Facebook so you can access your followers and friends. You can also send a “utellit” to someone via SMS or email if they aren’t on Facebook or Twitter. The app is user friendly and intuitive with a clean user interface.

To make it easy to send birthday greetings there is a birthday tab on the main menu that shows you today’s birthdays from Facebook.  I sent my first birthday “utellit” on Facebook today to one of my brothers-in-law. It was a simple process. I just opened the app and there was a “1” next to the word “birthdays” to show one birthday today. A few screen taps later I was recording the message and then posting the recording to Facebook.

Rishi’s background includes law school and standup comedy so he has always used his voice to make people laugh and that was his inspiration for starting Utellit. They spent about a month working with a company called Dashfire to build out the web site and create a minimum viable product and they are currently working on upgrades to the iPhone app and a version for Android.

Utellit — a bootstrapped start-up — is focusing on customer acquisition and like many other start-ups, is looking for developers.  They are gathering user feedback on how the app is actually being used, which will be incorporated into future updates. Rishi pointed out that the app was used extensively this weekend for college football trash talking.  If your football team is beating up on your sibling’s team, you can easily send them a “utellit” with your college fight song and other creative ideas.

Monetization will likely include in-app purchases that might make your voice sound like Yoda or various sound boards for creating more interesting or elaborate messages.  The company is also building out their API to allow for communication between companies and their customers. For example, a restaurant can encourage their customers to provide “shout outs” rather than simply providing a written review. The company sees itself competing with companies like Cinchcast which allows users to create audio content or Cloudtalk who bills itself as a Social communications platform. Utellit is also competing with the various walkie-talkie apps currently available for the iPhone.

Thanks for the great write up! Â You actually don’t need to sign up on the web. Â You can sign up for the beta within the iPhone app. Â