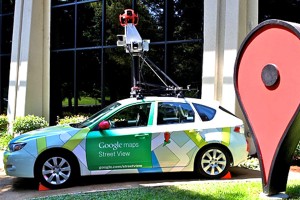 The Federal Communication Commission has fined Google in relation to a 2010 incident in which it came out that the search giant was collecting personal information about wireless networks from the cars that gather Street View images.

But what prompted the $25,000 fine was the company’s behavior during the ensuing investigation, which the report characterized as having “deliberately impeded and delayed” efforts to uncover key details, including refusing to identify the employees involved or responsible.

The revelation that Google was collecting data on personal wi-fi networks was embarrassing for the company, which has increasingly struggled against an image as an internet-era Big Brother. Executives felt “mortified,” according to the company’s official explanation.

The fine and report will likely be the final chapter in the wardriving saga, as the FCC has no clear legal route to follow up at this point.

“We worked in good faith to answer the F.C.C.’s questions throughout the inquiry, and we’re pleased that they have concluded that we complied with the law,” a Google spokesperson reportedly said following the FCC report.

Street View is a Google service that provides a panoramic view of areas, like municipal streets, beyond the most zoomed-in map or satellite view on Google Maps. The project was launched in 2007, and swiftly branched out to cover more and increasingly international areas.

The company has, arguably, taken steps to burnish the image of Street View following the incident. In an extension of the original goals of the project, they have started collecting snapshots of exotic locales including the Amazon river and nearby villages, and Antarctica.

A fine of $25,000 amounts is pocket change to Google – which has more than $23 billion in cash, according to the company’s most recent quarterly report – but may represent a growing distrust of the company’s web stewardship in a variety of forums.

Privacy advocates can take heart at – or note of, perhaps – the fact that the FCC says Google refused to plum the depths of employee email accounts to identify responsible parties, ostensibly because doing so would involve too much effort.

New Army Research Facility Is Its “Greenest Lab Complex” Ever