The folks behind the somewhat niche virtual DJing site Turntable.fm gleefully announced this week on the company blog that “Laptop stickers have come to Turntable!”

For the uninitiated, Turntable.fm allows users to listen to music and DJ in any one of a number of different rooms, ranging from “Folking Indie” to “DJ Woooooo’s House/Dance/Electro.” The synchronous listening experience, when taken together with live chat with everyone in the room, the ability to up-vote and down-vote tracks with “Awesome” and “Lame” buttons, and the ability to unlock new avatars with the “DJ points” garnered from head-bopping listeners make for a very addicting application. 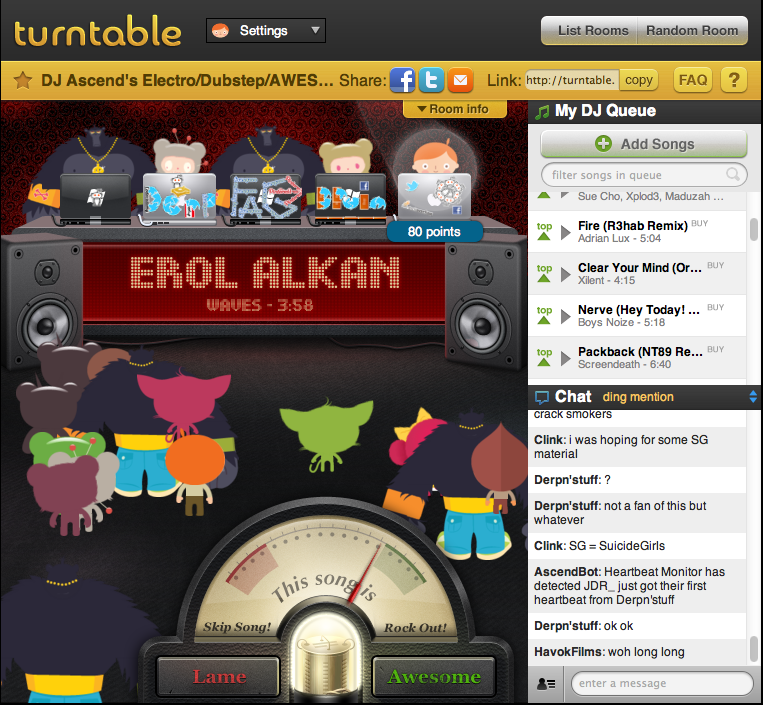 DJs in a Turntable.fm are positioned behind a virtual stage, with laptops positioned in front of their avatars. Laptops differed based on your operating system, which was a nice touch. But there was something missing. Before, users were limited to expressing themselves through their avatars and the music they played. 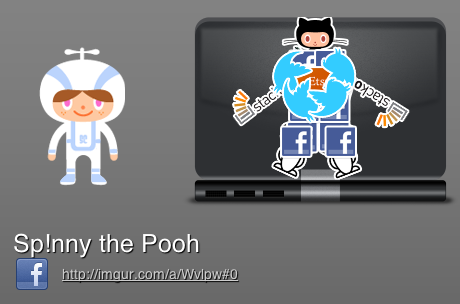 Some users get creative with their sticker arrangements.

But as of today, showing your allegiance to your favorite startups is as easy as clicking on the Settings tab and navigating down to the “Laptop Stickers” option. You can affix up to twenty stickers in whatever location and orientation you so please from twelve different companies like Facebook, Reddit, Meetup, Pinterest, StackOverflow, and Turntable.fm, of course. The stickers also appear on user profiles, and users can mouse over DJ’s laptops to get a closer look at their stickers.

The feature isn’t available to everyone quite yet, and there are still a few bugs being worked out, but the ability to decorate your laptop, alongside the implicit promise of more laptop sticker choices to come means that Turntable.fm has a pretty awesome feature on its hands.It’s good to see Turntable.fm offer something which at once supports the startup scene while giving users the ability to further personalize their accounts.

That this could be a sneaky and generally acceptable way of integrating advertising into the music service is an intriguing possibility, but has yet to be borne out. Nobody’s yet paying to have their stickers available on the site.

We’ll see how this plays out, and we’ll be sure to update you with news about Turntable’s new features as they come in.