Liquid Robotics announced this week that their ocean research drone, the Wave Glider, has broken the Guinness World Record for distance traveled by an unmanned wave powered vehicle. The Wave Glider began its three month journey in San Francisco, braving a vast ocean and 26 foot waves to arrive in Hawai’i on March 13th. The journey clocked in at 3200 nautical miles, beating out the previous world record by 700. 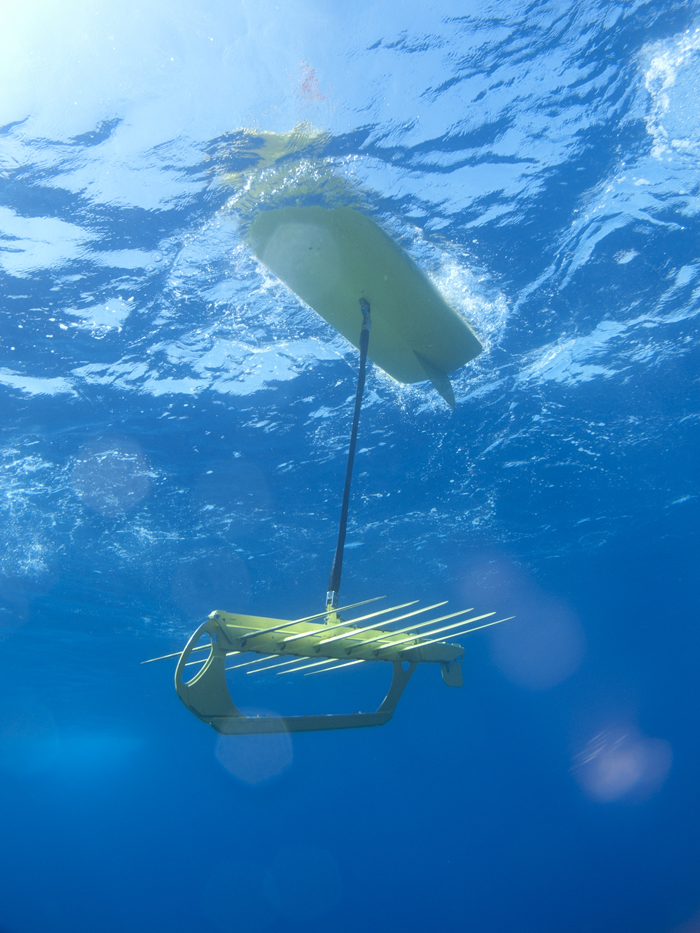 The Wave Glider is an ocean research machine that consists of two parts. One half of the robot floats along the surface of the ocean, equipped with a solar panel for powering its collection of data, as well as a transmitter capable of sending the collected data to researchers via satellite. The lower half of the robot is a swing mechanism that reaches down into the ocean, harnessing wave currents to give the machine mobility. The rise and fall of the ocean creates forward thrust beneath the surface through this hanging glider mechanism.

The advantages of having an unmanned robot data collector like the Wave Glider are numerous. Liquid Robotics’ touts its ocean explorer as being the only persistent ocean-surface vehicle on the market today. The robot can venture out for very long periods of time and gather data constantly, without ever needing to come back to land and refuel. Aside from being entirely self-sufficient, the robot is a much more cost-efficient alternative to sending out an expensive, full-sized vessel that needs to be maintained and manned by a paid crew. The scientific applications of the Wave Glider are clear, though the company believes their machine could additionally be very effective as a government or commercial instrument.

Since Liquid Robotics first launched the Wave Glider back in 2008 their machines have carried out operations over 100,000 miles. This year the company was ranked number 31 in Fast Company’s World’s 50 Most Innovative Companies.

The Wave Glider’s stop in Hawai’i is only the first leg of its journey around the world. Next it’s headed to Australia and then on to Japan, where the robot is expected to end its journey sometime around the turn of the year.