Google co-founder Sergey Brin said Wednesday that secondary coverage of his recent comments regarding threats to the open web had “distorted” his intended message, and took to Google+ to clarify his thoughts. 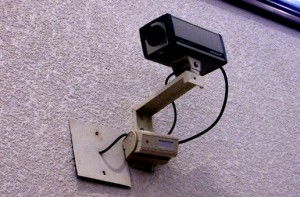 In particular, Brin said that while he addressed numerous concerns about censorship and non-indexable content during the interview, he believes that of the challenges he addressed, censorship by authoritarian states tops the list. The interview that sparked initial coverage was featured in the British newspaper The Guardian.

“Today, the primary threat by far to internet freedom is government filtering of political dissent,” Brin wrote. “In addition, other countries such as the US have come close to adopting very similar techniques in order to combat piracy and other vices. I believe these efforts have been misguided and dangerous.”

Still, even in the new remarks, Brin couldn’t resist defending the net neutrality that helped Google and other early, information-based web sensations come to the fore – in a move that could be seen as a new swipe at rivals like Facebook and Apple, which have popularized non-indexable content.

“I became an entrepreneur during the 90’s, the boom time of what you might now call Web 1.0,” he wrote, drawing attention to the ways in which Yahoo, Ebay, Paypal and Amazon succeeded without gaining “permission” or having to promise revenue to ISPs. “Today, starting such a service would entail navigating a number of new tollbooths and gatekeepers.”

Brin may also have been frustrated by coverage that focused on criticism of Google’s own role in the debate over web privacy and information collection – unwelcome too, no doubt, during a week when Brin’s Google co-founder Larry Page had to take the stand to defend Google against charges of intellectual property infringement by Oracle.

The entrepreneur, whose family fled the USSR to escape what they say amounted to religious persecution, closed the new remarks on an ideological note.

“But regardless of how you feel about digital ecosystems or about Google, please do not take the free and open internet for granted from government intervention,” he said. “To the extent that free flow of information threatens the powerful, those in power will seek to suppress it.”

Thank You….. Your blog is really amazing & very informative . The <a href =”http://www.downloadfood.in”>Food Delivery Online </a>  will keep updated with the same.