NASA has officially approved a shuttle launch by commercial space company SpaceX, which will be the first ever commercially operated flight outside of Earth’s atmosphere. 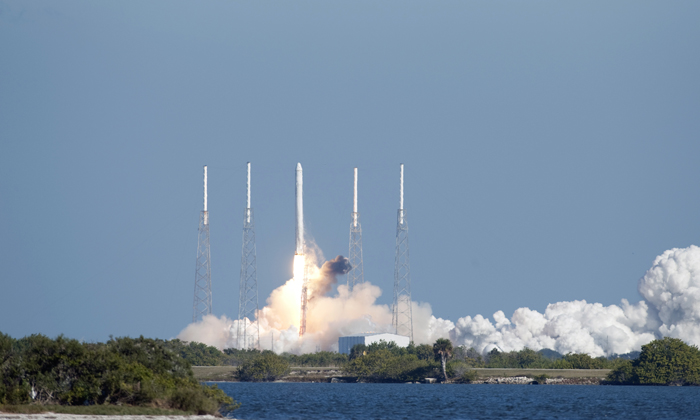 A test launch of the Dragon shuttle

SpaceX’s shuttle, named the Dragon, will make its way autonomously to the International Space Station. Once there, the shuttle will be carefully guided through a team effort by engineers at SpaceX headquarters in California, NASA mission control in Texas, and even the astronauts onboard the ISS itself.

Due to the dangers of a remotely controlled spacecraft, before the shuttle gets close enough to dock with the ISS, engineers will be extensively testing its orbital maneuverability over the course of four days. After many laps around the station and closer proximity tests, the crew onboard will test the Dragon for a docking approach. During this time both mission control and the ISS crew will decide if the spacecraft is reliable enough to safely connect with the station.

Both NASA and SpaceX recognize the highly experimental conditions of this first commercial mission. Founder of SpaceX Elon Musk told the press “it is worth emphasizing that there’s a lot that can go wrong in a mission like this.” With these conditions in mind, SpaceX already plans to launch two more test missions later this year.

The shuttle will be carrying around 1,200 pounds of cargo to the International Space Station, though because of the experimental nature of this first mission, none of it is absolutely critical material. If all goes according to plan, on the way back to Earth the Dragon will be carrying a 1,500 pound payload of similarly non-critical items back from the station 21 days after its launch.

NASA has a $381 million stake in the company, which it is supporting with its Commercial Orbital Transportation Services program. The program aims to find easier ways to deliver payloads to space now that NASA has completed its final shuttle launch of the Atlantis on July 8th of last year.

The shuttle is scheduled to launch at the end of this month after NASA completed its final evaluation of the anticipated mission. Now all that stands between SpaceX and its first commercial space mission is one last launch simulation, which is scheduled to occur sometime before the Dragon’s departure on April 30th.