From an external perspective, the experience of playing video games may seem like an intensely lonely one; shut up in a room, lights off, window shade down to minimize screen glare. To the gamer in the chair, however, it’s anything but. The level of interaction games provide today are far beyond anything we could’ve imagined while playing our 8-bit consoles in the ‘80s, where 100 hours alone in the snowy peaks of a roleplaying game like Skyrim can feel, in a gamer’s mind, like a tangibly emotional experience.

As the video game market grows for older audiences, games have continually become more mature in tone and depth. A dark game like Heavy Rain can make you feel legitimately uneasy as its story unfolds, where if any character dies under your control the game simply goes on without them — there are no second chances. The emotional experiences of video games have grown up with their players, and gaming today often affects its audience beyond their computer screens and consoles, with byproducts of video games being passionately created by fans in the form of music, costumes, and internet videos.

Machinima, a cinematic video created and captured within a game’s engine, is probably the most prevalent of the three categories; any YouTube search for most popular games will result in pages and pages of video content, both excellent and bizarre. Graphics certainly aren’t everything, though. Popular music from video games always resonate with their fans, and often become big internet sensations like malufenix’s haunting Skyrim cover above, which to-date has over 5 million views on YouTube, or the countless iterations of Jonathan Coulton’s humorous Portal hit: Still Alive.

Some have been successful enough to build entire careers around these kinds of hobbies. The best and biggest example is probably the Austin-based website Roosterteeth, whose creators began their career making a Halo machinima web series called Red Vs. Blue for fun on the weekends. Today, aside from creating their own content, they do a lot of commercial video production for developers and mega video game retailer, Gamestop. 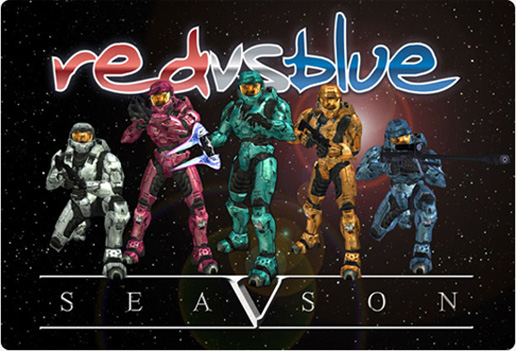 For most it’s ultimately just a creative outlet to express the passion for the games they play and love. Regardless of whether they make money or ever become “Internet famous,” there will always be gamers making content inspired by the games that move them the most. Perhaps as video games gain more widespread cultural acceptance as legitimate, mature entertainment, we’ll continue to see even more creative ways for passionate players to bring their gaming experiences to life.