When a startup tells you that they’re pivoting, read as, “We completed f*cked up.”  Pivot is the newest way people have framed their mistakes and spun their alchemy to change their turds into gold.  A pivot generally results in a company transitioning their product into an entirely different product or they would pull a complete 180 from their prior beliefs. 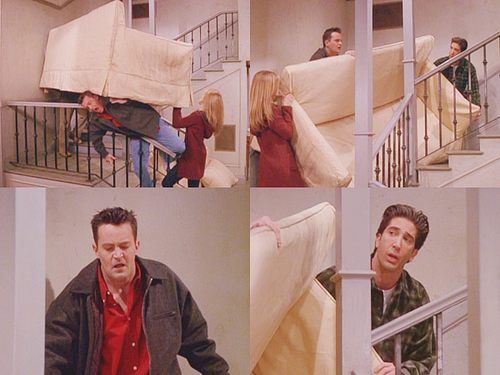 I know exactly how Chandler feels whenever I heard someone mention the word “pivot.”  I won’t call anyone out, but the point being made is that people should be straight-shooters.  Owning up to a mistake openly is going to earn you a lot more respect than spinning the news.  Everyone is smart enough to read between the lines, so what’s the point of shoveling piles of BS in front of us?

I’ve made an insane number of mistakes in my time and I’ve had a really hard time owning up to any of them.  Some people would let my bravado pass because of their maturity.  Others would call me out and I’d dogged refuse to admit failure.

I’ve never told them that I felt like the biggest loser in the world, while defending myself.

I’d like to think I’m better nowadays, but I’m sure that I’ll still lapse into being an idiot.  The next time you feel the need to spin your personal brand of bull, remember to just grow up and just fess-up.