Home > Blog > Gadget Accidents That Apple Won’t Repair, And How To Prevent Them

Gadget Accidents That Apple Won’t Repair, And How To Prevent Them 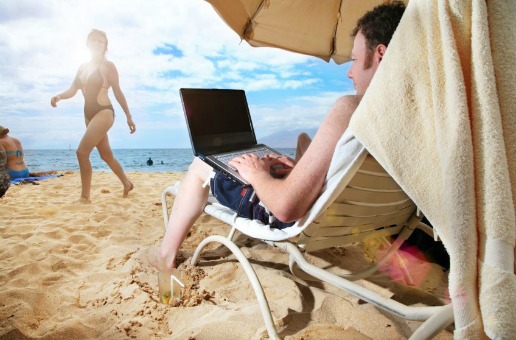 This week, an 11-year-old student was sent to the Cumberland County Juvenile Probation Department and charged with institutional vandalism and criminal mischief for urinating in school. Typically, this problem could be fixed with a few afternoons in detention. The harsh punishment was doled because of what the boy urinated on – $36,000 dollars worth of MacBook Pros. According to school officials, he ruined 30 MacBook Pros that were stacked on a cart. Apple will not replace the wet computers or attempt to fix them because they are now considered a biohazard.

Like it or not, accidents with electronics happen. With summer on its way, the likelihood that obsessive Apple fans will damage their gadgets after trying to enjoy them outdoors goes up. After all, who doesn’t dream about running a company from a beach chair with a few Mai Tais in a cup holder next to a MacBook? The sad truth is that most accidents that are likely to happen while using iPads, iPhones, and MacBooks that aren’t covered by AppleCare.

Here are a few common gadget accidents that Apple won’t repair, and how to prevent them.

Since nicotine is on OSHA’s list of hazardous substances, Apple does not require employees to work on machines that have been under prolonged exposure to cigarette smoke. Although cigarette smoke is not specifically mentioned in the AppleCare Protection Plan, it could be interpreted that it falls under “abuse” in the following section:

(ii) Damage caused by (a) a product that is not the Covered Equipment (b) accident,
abuse, misuse, liquid contact, fire, earthquake or other external cause.

To prevent smoke exposure: Don’t smoke, obviously. If you live in a smoking household or if you lend your gadget to a smoking friend, you can prevent smoke exposure by covering your gadget or laptop in a plastic protective shield. This won’t guarantee that the folks that Apple’s Genius Bar won’t be able to tell that you’ve been smoking around your Apple product, but it’s worth a shot.

Always keep your gadgets between 32° and 95° F. Apple products are beyond repair when exposed to temperatures below -4° and above 113° F. If you live in an extreme climate, you run a very real risk of exposing your gadget to these temperatures by taking them outside.

To prevent extreme temperatures: Pack your gadgets in insulated cases, and keep them out of the sun. Never leave your iPhone out in the car, where windows could magnify the heat of the sun in just a few minutes thanks to the black screen that absorbs heat and light.

Dropping Your Gadget In A Pool

Who doesn’t love bragging on Instagram about your pool time (especially on a weekday when everyone else is at work)? No one. That means accidentally dropping your iPhone in the pool is likely to happen if you don’t have the best grip.

To prevent water damage: There are many waterproof sleeves and cases that you can slip on before a day on the water. A product called iPad Seal Shield even covers iPads with a medical grade seal that prevents bacterial and viral contamination as well.

After A Friend Has Worked On It

So you have a friend or significant other who can put the Genius Bar to shame when it comes to technology wizardry. If you let them fiddle around with your machine before the real Apple geniuses take a look, your AppleCare will be void.

To prevent friends from voiding your AppleCare: Don’t let your friends and family work on your Apple products, even if Steve Wozniak is your long lost cousin. Let Apple take a look first, every time.

As the weather gets warmer and your outdoor time increases, make sure to protect your hardware – as well as your wallet!