Reddit has gone meta this week as founder Alexis Ohanian opened himself up for questions from users in the popular IAmA subreddit. In the thread, Ohanian discusses getting rejected by Y Combinator, Digg’s downfall, and being called a “hipster bitch” in real life by one of his own users. 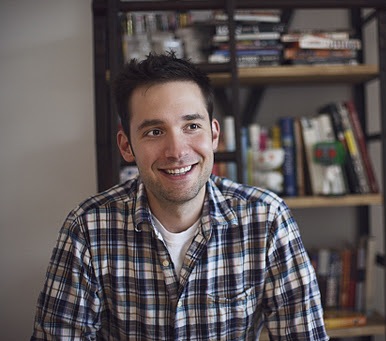 Ohanian founded the now-popular aggregate link site back in 2005 with Steve Huffman. In the IAmA, Ohanian admitted that in the beginning he and Steve had set up a few fake accounts to get the site off the ground, eventually driving the content of the website by submitting the kind of links they wanted to see.

“The day about a month and a half in where we didn’t have to do anything, submit a link, or even vote, was awesome because we’d set a tone and apparently people didn’t hate it,” he wrote. “I’m always telling people about the 1 percent rule and why it’s so important to treat those first hundred users well.”

Ohanian explained that they wanted to create a space online where they would always have interesting new things to see. “Oh, and cats,” he said.

Ohanian wrote that the idea for reddit came to the founders after they were rejected from Y Combinator over a cellphone/fast food pick up service they had pitched. Though their original idea was turned down, Y Combinator co-founder Paul Graham gave the pair a second chance to come up with a new concept. After talking with Graham, the founders decided to focus on the web as opposed to mobile. “We left the meeting with a phrase in our heads that PG crafted,” said Ohanian. That phrase was “front page of the Internet,” – a slogan reddit still uses today.

The founder admitted that he didn’t know about Digg, a former rival service to reddit, until after they had fully launched. “It goes to show how much our ignorance helped,” he said. One user asked Ohanian about his opinion on the downfall of Digg, whose users left in droves after a heavily protested redesign. “Basically, we always moved toward the best interests of our users and they went the opposite way,” he said.

When asked about the future of reddit, Ohanian said the team is focusing on comments and improving/cultivating its expansive community of subreddits. “The reddit team continues to work ridiculous hours for the site,” he wrote. “It’s remarkable, everyone at reddit really gives a damn.”

One user asked about potential plans to monetize reddit – one of the biggest pressures for a startup of any kind. “We never want to sacrifice the community for revenue,” Ohanian said. “We’ve grown (costs) slowly by having a small team and I believe we can keep that up while responsibly growing the business.” While not completely ruling out future ideas to help make money through the service, the founder told users to “stay tuned.”

When asked if there was anything he wished he had done differently, Ohanian wrote, “There are plenty of things I’d do differently, but I wouldn’t want to fuck anything up.” He joked that everything has been a disappointment up to this point because he “expected to be President of the Universe and wielding a real lightsaber by 25.”

In traditional reddit IAmA fashion, there are too many tidbits to include in a single article, so I’ll drop some of the more interesting pieces here:

On his favorite employee at the company, Ohanian replied: the intern. On his favorite/least favorite subreddits: r/upliftingnews and r/cowboys, respectively. Ohanian said he was once called a “hipster bitch” at a reddit meetup for saying he was on the service before it was cool. In high school, the founder worked at Pizza Hut.

NowMaid: Do You Trust The Person Who Cleans Your House?