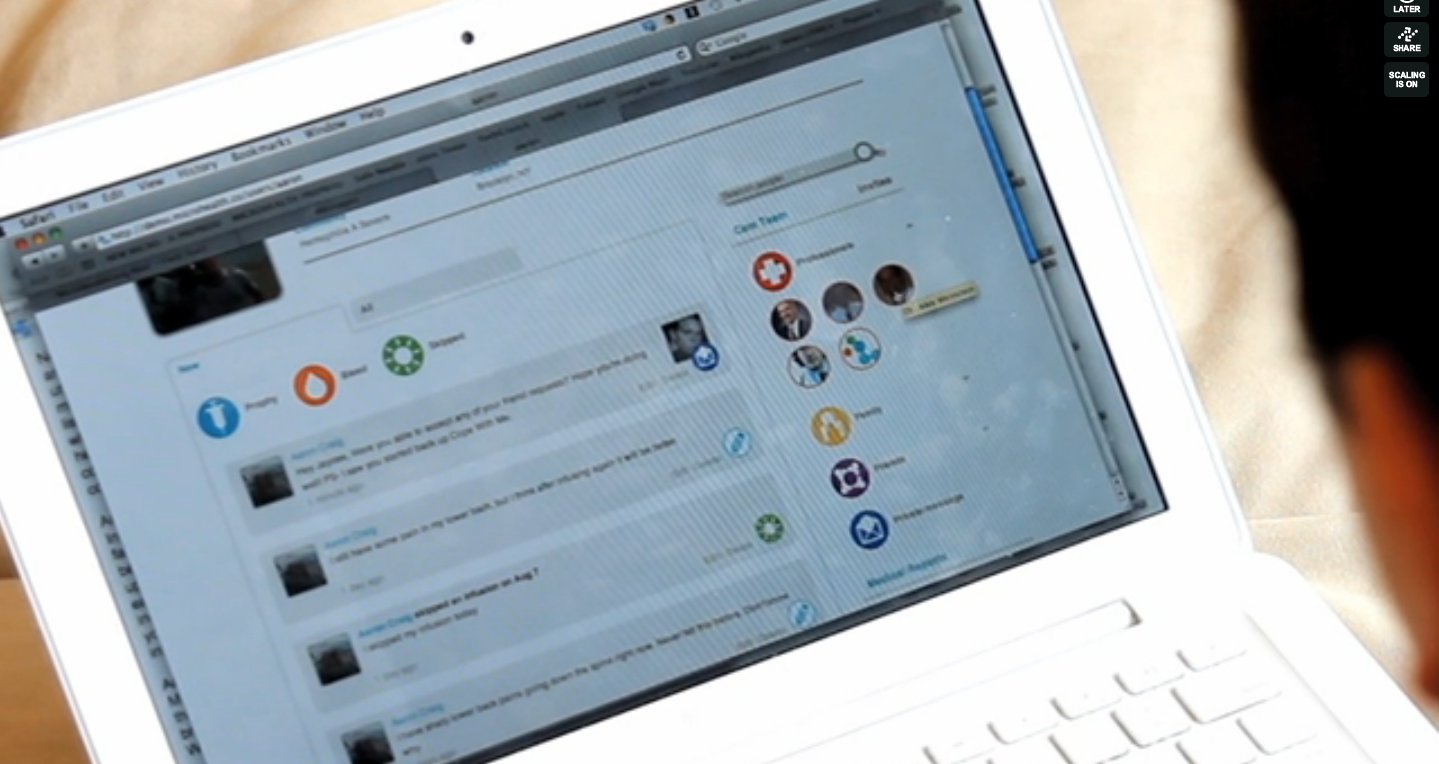 Normally when you fall, cut your finger or skin your elbow, your blood’s proteins, called clotting factors, form a clot that stops the bleeding, but not if you are one of the 400,000 people in the world living with Hemophilia – an inherited blood disorder that impairs a body’s ability to clot injured blood vessels properly. Because a hemophilac’s body cannot produce enough clotting factors to stop prolonged bleeding, even minor injuries can be dangerous –  in severe cases, potentially  fatal or debilitating.

There is no cure for Hemophilia, instead when they are injured, hemophiliacs recieve an injection of the missing clotting factor that is missing from their blood. While the injections can be done at home, tracking doses and bad hemophiliac episodes is extremly important to help with doctors make better treatment decisions. Despite the importance, keeping records of treatment and episodes can be pretty arduous, especially for parents who have multiple children suffering from Hemophilia.

New York startup Microhealth simplifies that process by allowing families to track treatment history while at home by text messaging, online, or their mobile application so that the information can be shared with the doctor electronically over MicroHealth.  Using Microhealth, which is free for the patient and provider, the doctor or nurse can filter the information and focus in on specific patients and even receive alerts about specific patients when problems arise if they choose.

Hemophilia is very expensive disease – a single treatment ranges from $200 to $6,000, and the average lifetime treatment cost for one person living with hemophilia is about $200,000; if that person encounters complications, the costs could rise to over $1,000,000. By monitoring treatment and results, a patient could save themselves many trips to the doctor.


“It’s been great helping me to remember when I’m supposed to infuse. Also when I had my check up with my hematologist about a month ago I was able to show him my MicroHealth profile and he had an accurate overview of everything health-wise that’s happened to me since I’ve been using MicroHealth, ” said Aaron Craig who suffers from Hemophilia and also is a co-founder at MicroHealth.

Microhealth was founded by Marc Lara, who made a name for himself in the mobile health movement, having spent years in the labs of Columbia University, researching the best methods of sending and receiving health information from mobile phones. Witnessing the potential  power of  mobile health technology, Lara was inspired to take his knowledge from the science labs to the streets. Lara teamed up with Dr. Eve Slater, a world renowned cardiologist, former  Senior VP of Pfizer and Merck, who served as the Assistant Secretary to the Health and Human Service under President George W. Bush , and Craig who works  as the marketing manager as well as the ambassador to the hemophiliac community.

The Microhealth team is working on a similar platform for Congestive Heart Failure which will provide real time feedback to the patient based on self-reported progress.  Instead of a patient having to visit a cardiologist to make certain adjustments,  adjustments could be done through MicroHealth at home using their cell phone.  While innovative, circumventing the traditional doctor-patient process is extremely technical and has serious implications, which is why MicroHealth will need to be approved by the FDA before they can release it to the public.

The Burrito Printer Is Only The Beginning