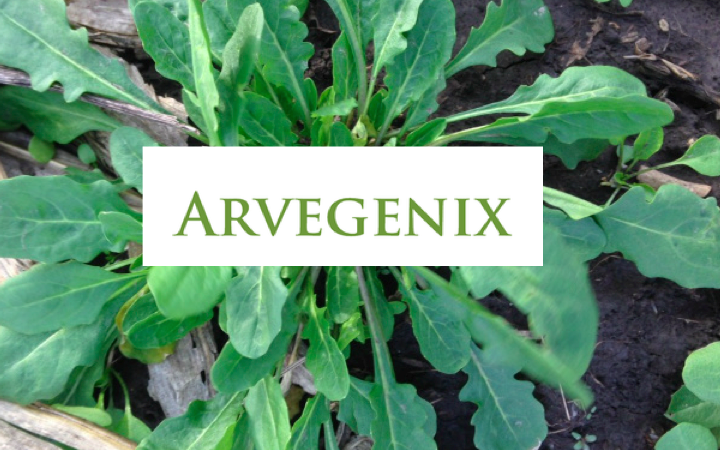 Those in the business of agriculture understand the up-and-down nature of their business.

Sometimes, crops are plentiful and sales are great. Other times, not much production takes place. Companies big and small have long worked to make the growing and harvesting process more stable.

One of those companies is St. Louis-based ArveGenix, which produces Pennycress seeds that grow between corn and soybean season. For those unfamiliar with the agricultural process, crops tend to grow in specific seasons. Between those time periods, there is no crop suitable for many farmers, which leads to empty fields and lost income opportunity for landholders during a period of time.

The Pennycress seeds are developed to grow between late fall and early spring, and should be ready for harvest by June 1. From there, harvested seeds are crushed to produce Pennycress oil, which then become used for both biodiesel fuels and animal feed.

“The recipe for (our business’) success is pretty simple,” ArveGenix’s CEO Jerry Steiner

said in an interview. “We have to make the crop profitable for people to grow it. We have to get the crop’s yield potential up, while also building up the downstream potential.”

ArveGenix is one of five companies taking part in The Yield Lab accelerator. The focus of the accelerator, according to their website, is “bridging the critical gap between innovation and fruition of new agricultural technology by supporting early stage companies.” In addition to providing mentors and connections to the St. Louis community, the accelerator provides the companies with $100,000 in equity funding.

Steiner said the company was encouraged to apply to Yield Lab by BioGenerator, a St. Louis-based biotech incubator that ArveGenix takes part in. He believes that Yield Lab will help broaden the company’s access to expertise and investors.

In addition to the Yield Lab, the company leadership has a broad network in the agriculture field – given many people currently involved with ArveGenix were former Monsanto employees. Steiner, for instance, worked at Monsanto for most of his career, most recently serving as Executive Vice President for Sustainability and Global Corporate Affairs.

Hopefully for ArveGenix, working with Yield Lab and others in the field will help get the ball rolling on bringing the product to market. ArveGenix is currently in its research and development stage

The firm hasn’t been around that long — it was incorporated in May 2013. However, Steiner noted that the particular crop ArveGenix plans to sell was in the development process before the company existed. But the length of time isn’t something that Steiner is too worried about.

“We’re in the field of agriculture technology – you have to be a little patient with the whole process,” he said. “But these businesses are more difficult to replicate, so they are more valuable over the long term.”

For more information about ArveGenix or Yield Lab, visit their websites: