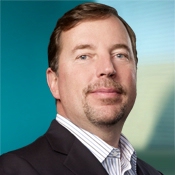 Yahoo CEO Scott Thompson’s slash and burn leadership is shaking up the tech industry in one last major battle to the death. Between suing Facebook, appointing three new board members, and spearheading a massive restructuring, Thompson rules with a “haters gonna hate” attitude focusing soley on strong-arming Yahoo back into power

When Thompson took the reigns at Yahoo in January, the choice was a head scratcher for many tech industry insiders who were skeptical of his ability to turn around the troubled media company.

Prior to joining Yahoo, Thompson was at PayPal, filling the roles of President, CTO, and Senior Vice President during that time. An accountant by trade, and his affinity to the bottom line means he is a decidedly emotionally unattached leader. He has no pet projects to spare, nor longtime colleagues at Yahoo to protect. It’s easy to see why Thompson just might be the man to save Yahoo given the sweeping changes he’s made in his first few months as CEO.

During his first quarterly earnings call with the company, Thompson called out “balance” as a theme for this progressive plan for Yahoo. His aim was to balance value for both users and advertisers, balance thoughtful decision making with swift decision making, and balance the tech and media sides of the Yahoo business. So far, Thompson has shown that in order to achieve this balance, he is going to strip Yahoo down before building it back up.

Here are some of the highlights of Thompson’s reign so far:

Earlier this month, Yahoo announced it was suing Facebook for patent infringement. The company made the bold claim that Facebook’s entire social networking technology (the foundation of its existence) was based on Yahoo’s patented technology. Yahoo not only wants royalties, it also wants blood. The lawsuit is 19 pages and claims infringement on 19 patents. While this move outrages many people in the tech industry, Thompson stands firm that Facebook must pay.

Shaking Up the Board of Directors

Thompson passed over Daniel Loeb – whose firm, Third Point, is the largest holder of Yahoo stock – for a seat on the Board of Directors. Loeb wrote a formal letter expressing his outrage. Again, unemotional Thompson is unfazed, shooting back in a letter to Yahoo employees announcing that he was appointing three new members to the board, none of which were Loeb.

Unfortunately, as you’ll see in the press release, Third Point’s CEO Dan Loeb rejected that proposal, insisting that unless he personally was appointed to the Board, Third Point would continue its proxy contest. Given that the Board’s Committee had determined that other candidates were more qualified, the Board indicated that — although it remains open to hearing Third Point’s viewpoint and to working constructively with them — such an appointment was not in the best interest of Yahoo! and its shareholders.

Moving Away From Media and Toward Data

Under Carol Bartz’s leadership, Yahoo began to view itself as a media company, and started to move toward re-imagining what that might look like. Enter Thompson, the pragmatic accountant, who believes that data is the key to saving Yahoo.

“I believe data will be the key component for driving innovation at Yahoo. It will be the cornerstone for creating new products and services.”

Now Yahoo is scrambling to redefine itself again. If Thompson wants to course correct the Yahoo ship, he’ll not only have to follow through with the goals he set in January, he’ll also have to overcome a few major hurdles to make Yahoo relevant again.

Some key areas that Thompson must address in the near future:

The Vilification and Irrelevance of Yahoo

Suing Facebook right before one of the most anticipated IPOs since the first tech bubble burst is a total dick move. If people didn’t hate Yahoo before, they really hate them now. Yammer CEO David Sacks is so angry with the company that he offered to pay any Yahoo engineer who joined Yammer a $25,000 signing bonus if they left within 60 days of the lawsuit announcement.

It’s taken years for Yahoo to make any major improvements to its photo sharing service Flickr. When Flickr was purchased by Yahoo, it was the top photo sharing platform because of its early integration with social media. For the past few years, Yahoo has left Flickr to become a wasteland while photo sharing became a hot industry.

Yahoo’s portal remains clunky and its products look like they are built for people who aren’t technically savvy. As more non technical users become accustomed to more innovative interfaces – like Twitter – they are going to demand more from other services like Yahoo, too.

If Yahoo is going to be saved, Thompson is the man to do it. Haters gonna hate on Yahoo, but if they can comeback from this dismal state, we’ll all have Thompson to thank.

Future Consoles May Do Away With Used Games