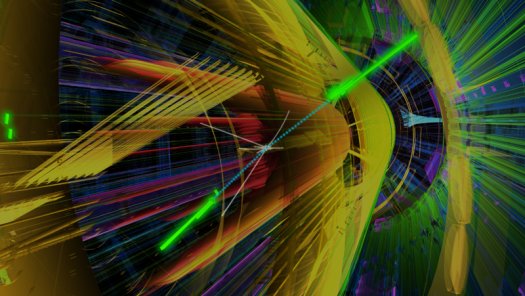 Physicists had good cause to celebrate this Fourth of July. In what marks a milestone in physics history, the Higgs boson, that elusive little sub-atomic particle whose existence has baffled the particle physics community for decades, was likely found.

Since its prediction by six theorists nearly 48 years ago, the Higgs has remained just outside of our scope, mostly because only recently did the collider reach such unprecedented energy scales as 125.3 GeV, the measured energy at which the Higgs was found. These measurements were confirmed by two independent studies (ATLAS and CMS) run at CERN.

In a recent Reuters interview, Peter Higgs, the theorist who originally predicted the particle’s existence, said that with its discovery comes a re-affirmation of the Standard model of particle physics. However, before we all toss our hats and break out the champagne, there is still much work to be done to affirm its validity. According to the CERN press release, the results are still preliminary and the data, pulled from the 2011 and 2012 batch, still needs to be analyzed. An official publication is expected at the end of this month.

When asked what further experiments would need to be done to make sure it’s really the Higgs, one CERN physicist, Florian Kruse, said, “ATLAS and CMS would first and foremost have to do further and more precise measurements on this particle, including its spin.” With several other theories which predict perhaps even more than one Higgs boson still on the table, the particle physics community is rightly reluctant until more detailed confirmation can rule (or confirm) these possibilities.

When asked how the recent discovery may change CERN’s research direction, Kruse believes it will not change much. ATLAS and CMS, the two experiments credited with the Higgs discovery, still have other physics goals to achieve, while the two two LHC experiments, ALICE and LHCb, are working on different physics topics and open questions such as quark-gluon plasma and why there is so little anti-matter in the universe.

Despite lacking further experiments at this time, “the discovery of a Higgs boson is a tremendous success for the Standard Model of particle physics,” says Kruse. “However, the scientific community remains hesistant until further proof exists.  For example, the Model has not covered all particle physics observations thus far, and “therefore, in the end it cannot be the ultimate model.”