Home > Blog > Does 4Chan Reflect Our Culture’s Morals When No One Is Looking?

Does 4Chan Reflect Our Culture’s Morals When No One Is Looking? 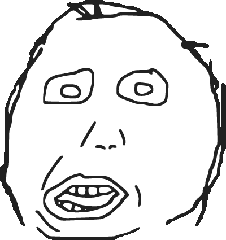 The Guardian once described the 4Chan community as “lunatic, juvenile… brilliant, ridiculous and alarming.” Can we add to that racist and sexist?

Anthropologist Luke Epp seeks to answer this question. Currently underway, his project, Racism and Sexism in a Virtual World will use participant observation, surveys, and interviews to determine whether anonymity perpetuates bigotry.

Focused on Facebook, Reddit, and 4Chan as three sites with differing levels of anonymity – not anonymous, pseudo-anonymous, and completely anonymous – Epp seeks to interview users of the websites and pick their brains on the topic. Recent developments on websites like 4Chan have pushed anthropologists like Epp to explore them.

Lurking behind the Internet cloak of invisibility, anonymous websites tend to bring out the best (and worst) in humanity. 4Chan is no exception. Concieved and created by a 15-year-old in his New York City bedroom in 2003, this imageboard was initially intended for discussion and sharing of manga/anime.

Its zero data retention feature quickly transformed the website into a viral incubator, birthing the likes of Lolcats, Rickrolling, and chocolate rain, as well as turning it into a breeding ground for counterculturists, hacktivists, and bored cubicle workers looking to vent about their boss.

But how far is too far? 4Chan founder Christopher Poole said, “What’s unique about [4chan] is that it’s anonymous, and it has no memory. There’s no archive, there are no barriers, there’s no registration. … That’s led to this discussion that’s completely raw, completely unfiltered.”

But does this also mean there ought to be no societal conscience and no regard for ramifications in the real world? Where do we draw the line, if one is to be drawn at all?

The white supremacist movement’s anonymity, once hidden behind white capes, now hides behind the virtual cloak of online groups. After the unarmed black teen Trayvon Martin was gunned down earlier this year in Florida, a racist smear campaign unfolded in the politics section of 4Chan, including strategically ordered emails and Facebook messages purportedly hacked from the teen’s email and social networking accounts meant to “prove” the black teen’s killing was justified. 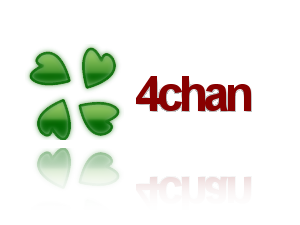 Like a unkept flowerbed, racist and sexist memes such as “Irrational Black Woman” and “Ordinary Muslim Man,” and “High Expectations Asian Father” have burgeoned over the past months, ironically branded with “Warning: This Page Contains Material That May be Considered Not Safe for Work” labelling. If we present one face to the world, and another, totally antithetical one over the Internet, who are we  anymore?

And whatever happened to assuming responsibility for one’s actions and beliefs? When a well-known TV personality or politician cracks a sexist joke, society cracks the political-correctedness whip right back.

Which begs the question: is being politically correct just a roose, the ultimate cover-up and final frontier of an artificially-disciplined effort we make to save our careers and our face in society? The four-pane comic series Racists on 4Chan makes a point of this in their memes, which satirizes the inconsistencies between bigot-minority interaction in real life, and the racist comments populating sites like 4Chan.

When ACLU spokeswoman Nancy Sherrington spoke out against sexist remarks on 4Chan, users asked her to make them a “sammich” and “stop PMS’ing,” citing a lack of humor as the real problem. Is anyone laughing?

Apple’s Passbook Could Save You A Trip To The DMV, Forever