Before the recession many graduates from leading universities who wanted to work in Blue Chip corporations would do an internship, hoping to progress into a wide number of graduate roles available in their sector. Then in 2008 money markets dried up, the world slipped into recession, and competition for graduate roles got a lot tougher. That’s when Rajeeb Dey, President of Oxford University Entrepreneurs Society seized his opportunity to give graduates and students another option, to offer them ‘Enternships’ in startups, small and medium sized businesses.

The economy and the graduate jobs market is still tough, but the number of startups, (and therefore Enternships for students), has expanded rapidly the last few years. Dey explained when people initially hear the word Enternships they, “think its a typo, but its a brand now, combining the traditional ‘Internship’ with Entrepreneurship.” It’s all about conveying passion, which is crucial for anyone involved in startups. Sean Parker, founder of Napster, and a co-founder of Facebook recently said People are the greatest asset class.” Startups need high calibre graduates, and graduates need jobs. 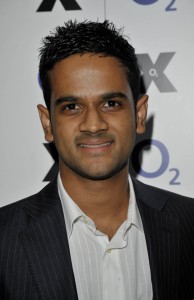 Enternships has been helped by word of mouth recommendations, including some high profile ones, including the Founders of Lastminute.com (Martha Lane Fox & Brent Hoberman) and Dragons Den star, Peter Jones. In 2009 Dey won the “02 X Young Entrepreneur of the Year,” and the following year was approached by the British government to be a Co-Founder of StartUp Britain. “A role that comes with significant responsibility,” said Dey, “since it is my firm belief that entrepreneurs are the ones who will create the new jobs and growth our economy needs.”

After graduating Oxford, Enternships was partly supported by a marketing and web agency in exchange for equity. That arrangement fell apart, and Rajeeb continued to bootstrap whilst relying on a wide network of friends and fellow entrepreneurs. Earlier this year Enternships raised its first Angel round, has taken on staff, and moved into a new office in Tech City UK.

Enternships fulfills a need, and knows how to monetise the platform. They started off with premium listings for employers, and now they have moved onto customized micro-sites for employers, such as this one for the European bank, Santander. What’s next for Enternships? “We’ve got plenty planned for Q1 2012 and it promises to be a very exciting year.”