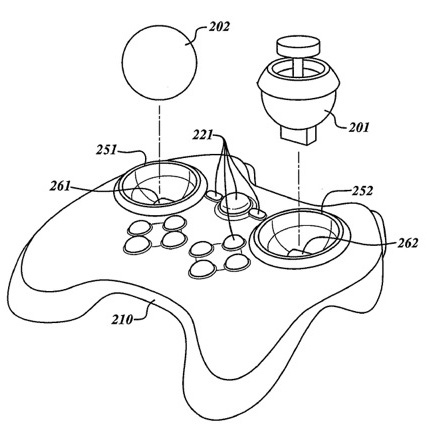 Valve is rumored to be working on a gaming console that would take on Microsoft and Sony directly. The company behind popular digital distribution store, Steam, is rumored to be at work developing its own console for release sometime in the future. TheVerge.com broke news of the rumor and believes Valve may announce the project sometime within the next few days at the Game Developer’s Conference in San Francisco. Aside from Steam games, the console is said to be able to run standard PC titles and those of EA’s rival digital distribution service, Origin. Valve’s console will be outfitted with a Core i7 CPU, 8GB of RAM, and an NVIDIA GPU. It’s also rumored that the accompanying controller will have swappable parts to correspond with the type of game being played, a controller that Valve filed a patent for last year.

The biggest and most game-changing feature of Valve’s console is that there would be no licensing fees for developers, so anyone who wanted to make a game would be more easily able to get it on the platform. While Microsoft has been somewhat generous to indie developers, allowing them to host and sell content on their XBOX Live Indie Games network, the range of indie titles on the service aren’t exactly spotlight items. A Steam powered console could only mean good things for both gamers and developers. Valve works hard to create a service that benefits players by giving them access to very reasonably priced and restriction-free content, and developers benefit from knowing there aren’t any after-market, second-hand sales going on, at least within the Steam platform.

I’ve honestly never been able to use their Steam service very thoroughly. I’m a console-only gamer because my laptop can hardly even run Minecraft without melting a hole in itself. But I’m familiar with Valve’s impeccable products, and its success against piracy with Steam. I can only imagine a console released by the company would be beneficial to both sides of the industry (everyone but Sony, Microsoft, and Nintendo, that is).

To put it simply, a Valve-created, Steam-powered console would be nothing short of incredible, and a serious threat to established console companies, even as a newcomer to the market. Valve puts a ton of work into pleasing their community of gamers and meticulously creating and testing every title they release. Valve doesn’t make bad games. Ever. Essentially they are the Pixar of the video game industry. A console from the company could be destined for greatness, and easily has the potential to change the industry for the better.

Friends: A Penny Each