Architecture magazine eVolo held its sixth annual skyscraper design competition this year, showcasing some of the most incredible, futuristic design concepts for architecture around, including vertical landfills, a mountainside home for displaced communities, and a water storage tower in the Himalayas. Competing for $50,000, an eVole feature, and pride, designers from around the wold submitted 714 projects to be judged on a range of factors including the integration of technologies, an awareness for globalization, and attention to the private and public functionality of a vertical community. 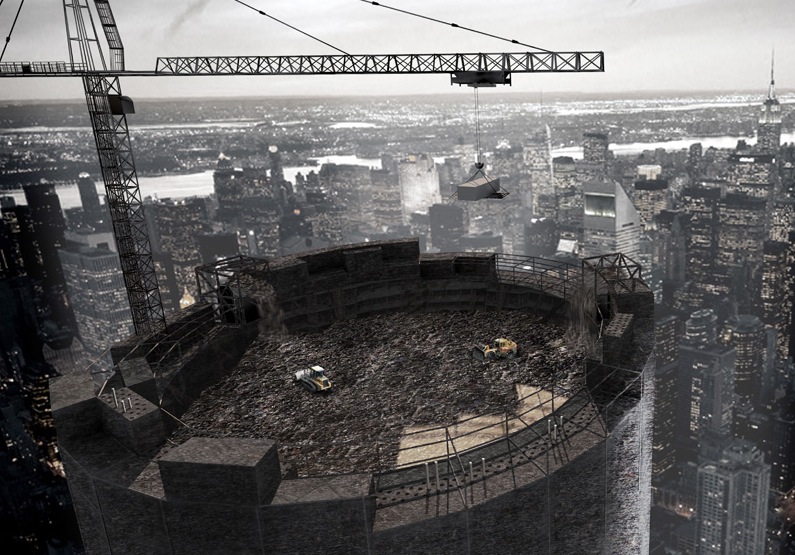 Third place went to Lin Yu-Ta of Taiwan, who came up with the concept of a landfill skyscraper, both critically and appropriately named the “Monument to Civilization.” Its creator thinks of the tower as a reminder for city-dwellers to be more introspective, environmentally conscious as they see it constantly growing in height.

New York, for instance: If we put its annual garbage on a area of a typical tower footprint, we’ll get a 1,300 meter high landfill tower, which is about as three times tall as the Empire State Building (450 meters). Isn’t that spectacular?

The design is not only a reminder of the byproducts and waste of society, Yu-Ta’s concept is meant to be functional too. The tower could harness gas given off by decomposing waste and turn it into energy. The tower’s centralized location would also save the cost of transporting trash outside of the city. 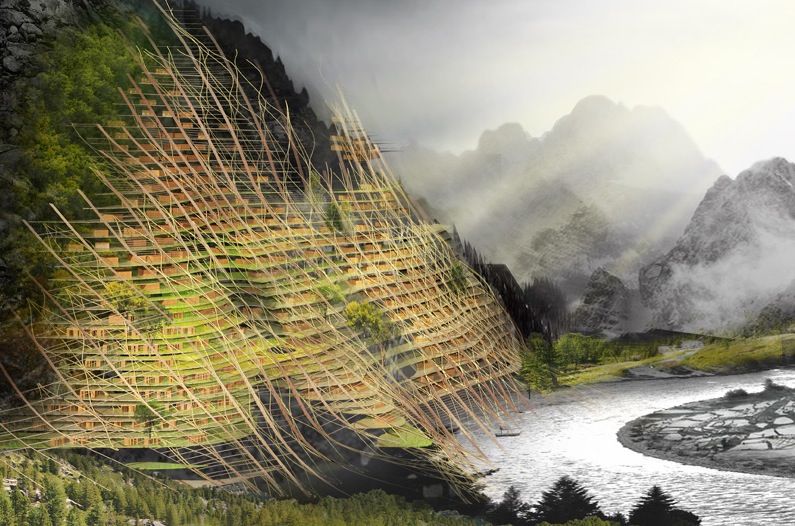 The second place winners created a concept for a mountainside structure specifically to host the displaced Hmong community. Chinese designers Yiting Shen, Nanjue Wang, Ji Xia, and Zihan Wang came up with a concept that would allow the Hmong to rebuild their traditional village within the architecture of the mountainside building. The structure works not only rebuild the thoroughly mined Yunnan mountain range through internal systems of irrigation, which would solidify its structure and regrow waning vegetation, but its locally drawn water can be used by the inhabitants to farm and live on. The project has been aptly titled “Mountain Band-Aid.” 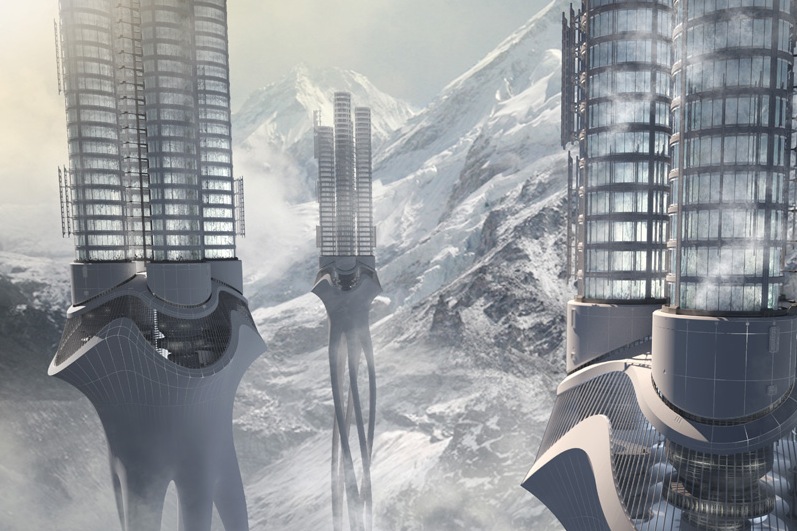 The first place winners are concerned with a much broader global problem. Winners Zhi Zheng, Hongchuan Zhao, and Dongbai Song of China came up with the concept of a Himalayan Water Tower. The tower is sort of skyscraper-dam that stores, purifies, and freezes glacial water as it melts from the 55,000 glaciers of the Himalayas. These glaciers contain roughly 40% of the world’s fresh water, and as they melt more quickly each year, those who live along the rivers fed by the Himalayan glaciers are at risk of flooding. Regulating the flow of water through several of these water towers would not only allow water to be released when it was needed or stored accordingly, but could supply fresh water to future generations.

Each of these concepts may sound (and look) a lot like science fiction, though it’s hard to know how far into the future we’ll see design concepts like these being put into use. Probably out of the three winners the first place concept sounds the most feasible and likely-funded. They’re all fantastic ideas, and just staring at the pictures brings about in me a sincere sort of amazement for the things we’ll see in our lifetime.

All images credited to eVolo.us

How To Price Your Web App