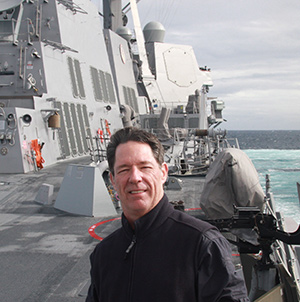 As we had walked about the deck forward and aft, we noticed row after row of hatches and assumed these were missile silos.  We assumed correctly.  The Spruance carries multiple types of missiles for multiple types of targets.  Total inventory?  That would be 96 missiles, officially.  An incredible amount of destructive firepower against hostile submarines, surface ships, aircraft, missiles and land based targets.

One of our group boldly asked “So do we get to shoot any weapons, maybe a missile?” only half in hopeful jest.  We all laughed since we shared that same absurd thought.

“No, I can’t let you do that unfortunately although I would if I could” replied our Ensign.  I believed him.  “But we are going to do the next best thing.  First, let’s go back to the Wardroom where you can leave your cameras because where we are going there are no cameras gentlemen.” This would be the first and only time we were restricted in any manner whatsoever. 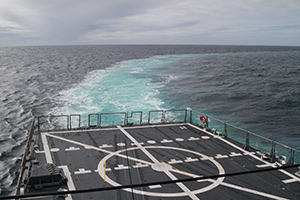 The Combat Information Center (CIC) is located deep within the ship.  If the Bridge is the Mind of the ship, the CIC is the Brain.  Reference the movie “Battleship” (which featured destroyers identical to the Spruance) and you have some idea of the space.  The CIC is what a hard-core, geek man cave might look like if such a geek had the Pentagon’s budget. In reality, it was more like Star Trek in its sophistication.  Amid near darkness and brightly lit colorful computer screens, blinking lights, low ceilings, people with headsets looking intently at scores of computer screens, and a sense of isolation, we were given our instructions and handed off to individual crew for our assignments.  The drill scenario was that we were in the Persian Gulf and under attack by air, sea and sub-surface forces.  I had air defense duty and was assisted by a Lieutenant with 18 years of navy service, a man who proudly had advanced through the enlisted ranks to become a Lieutenant.  He loved the navy and his job, his enthusiasm as palpable as our excitement.

Our group sat at assigned consoles and received hands-on training and assignments, some to fire torpedoes at enemy submarines, others missiles at ships and others still,  missiles or R2D2 at enemy missiles that breached the defensive perimeter. I did the same and suddenly felt overwhelmed by the variety and number of incoming bad guys (bogies).

I targeted an incoming aircraft and then heard a hearty “Yes!” shouted out to my right as one of my group fired a missile at my target and got a quick kill.  As I identified targets and sent the orders to engage, other group members were taking those orders and firing their weapons.  It was like a movie, lots of colored triangles moving towards us from all corners of the screen, information as to type of weapon, speed, warhead, etc. coded under each symbol. 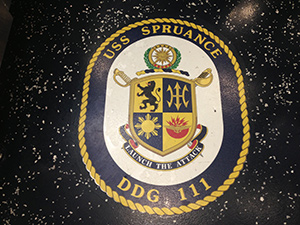 “How many bogies can the system track simultaneously?” I asked the Lieutenant.

“Track?  An indefinite number,” he smiled.

“OK, how many missiles can I order to be fired at once?” I asked.

“That is classified, but you see all those bogies on your screen?” he asked.

“We can simultaneously have a missile in the air for each one of them, plus more,” he explained proudly.  There must have been at least 30 to 40 incoming bogies on my screen.

The system was programmed to send one missile and then quickly, another for each target selected. The system then either confirms a kill or orders up two more missiles.  While all of it was automated, it was under human control and the crew had the final say on each action.

Time and space were compressed. It seemed like 15 minutes but in reality, an hour.  When we finished we all momentarily looked at each other thinking, ‘did we just do that’?  Smiles all around, from us and our gracious hosts.  We felt we were in on a secret; that somehow we were in the club.  We drove the ship, we fired the missiles, we were satiated with navy coolness…what more could there be?  That would be a first class meal in the Ward Room followed by more weapons and real uncertainty about going home as planned. 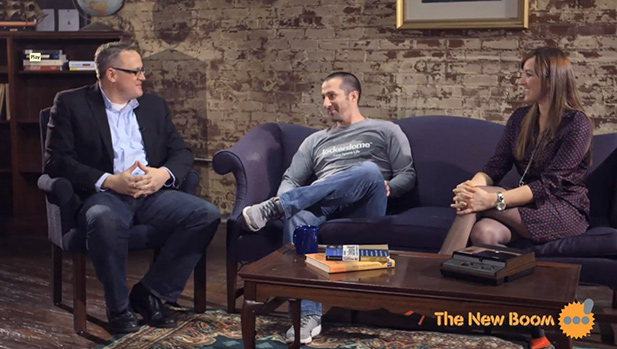 Trakbill Makes It Easier And More Efficient To Track Legislation