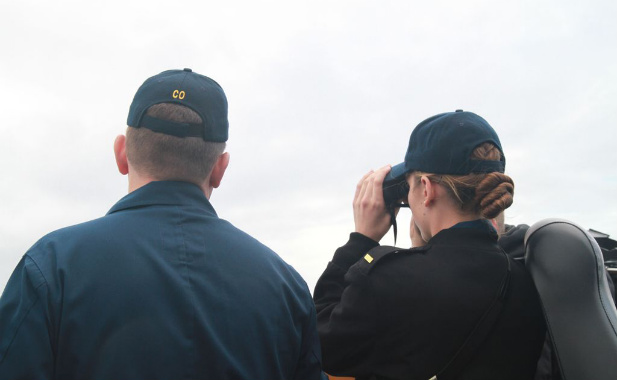 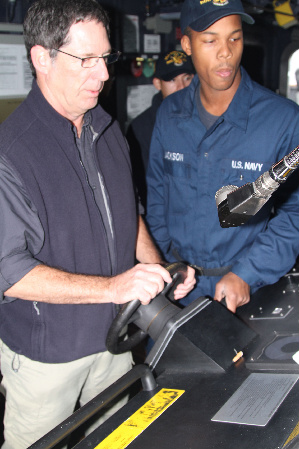 “Captain on the Bridge!” shouted a sailor as the Captain and our Ensign took us to the Bridge of the ship, high above the deck. If the engine compartment was the muscle of the ship, this was the Mind… on a case of Red Bull. All communications and information flowed through the Bridge, loaded with tons of cutting edge technology; radar, sonar, satellite communications, weather systems, weapons systems, propulsion systems, classified detection systems worthy of science fiction, and more. All ship functions could be controlled from the Bridge with redundant locations deeper within the beast in the event the bridge and its personnel are damaged or destroyed. At first I did not notice, but there were quite a few women on the bridge of this warship, young women, well-educated, highly trained, confident, commanding people. In today’s Navy, 20% of the personnel are women. I suspect that percentage may well increase in the near future.

“Who wants to take the helm?” the Captain asked us. Seriously? The helm? Drive this billion dollar ship? There was no shortage of hands going up and I got my opportunity. I grabbed the sports car sized wheel and awaited a command. The Helmsman stood close to my left, a tall, good looking sailor no more than 23 years old, both of us looking at a screen showing course, speed, true and magnetic north, true wind, apparent wind and some other data I did not comprehend. We were not looking out the bridge, past the bow to the sea, others did that for us. My eyes instead were focused on the array of constantly changing digital information displayed before me. 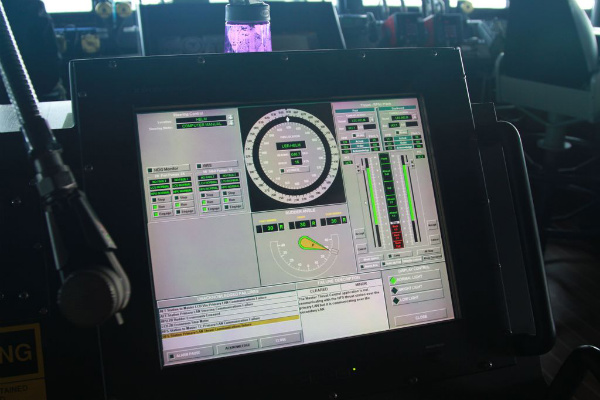 Pointing to a young Lieutenant about 10 feet in front of me the Helmsman said “Sir, she would give you a command and you will need to acknowledge the command”.

“Got it” I replied, both hands steady on the helm, my eyes reading the instruments, a smile forming on my disbelieving face, noting we were doing 14 knots on a Lee Helm. We were about to do a man overboard drill, a rapid series of maneuvers where we go hard and fast, crossing back over our own wake, and then come to a full stop to save the poor soul in the water. It must be done in under 8 minutes or the probability of rescue and survival diminishes precipitously.

Suddenly the Lieutenant shouts out “Hard right rudder!” and I reply “Hard right rudder, aye!” as I make the sharp, almost violent turn to starboard. My Helmsman says “Now, hard right rudder means…” and I interrupt him with “035 degrees correct?”. He brightens with a huge smile and says “Yes, very good sir, keep going!” and I do.

Next the Lieutenant shouts out “Come to course Two Seven Zero!” and I reply “Two Seven Zero, Aye!” as I turn hard to the new course and just as we reach 260 degrees I start to straighten the wheel out so that we ease right onto 270 degrees without oversteering (my Coast Guard Auxiliary Coxswain training is coming in handy). My man is now smiling almost to the point of laughter and says “Very nice sir, you know this!”. Steering the ship is easy, she is amazingly responsive, far more so than the average family sedan. I cannot discern any lag or hesitation between my changing course and the bow pointing in the new direction. She is instantaneously responsive. 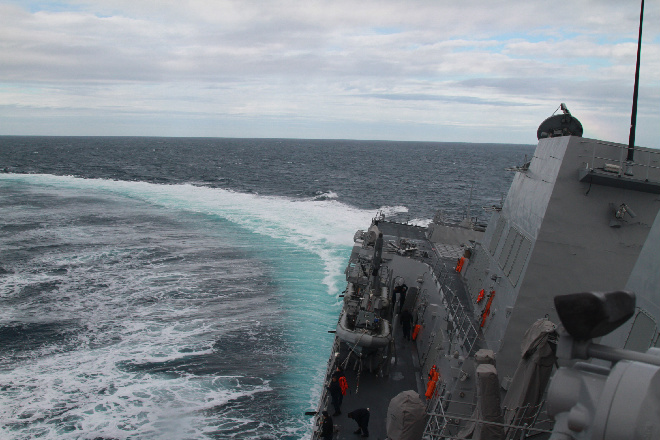 As we approach the target crew are shouting out information, “4 minutes!”, “5 minutes!”, “1,000 yards!”, “700 yards!”. It is a symphony of commands and information. What happens next surprises me. “Full reverse!” shouts the Lieutenant. We are near full speed and the order has been given to go into full reverse? My first thought is you have to go to neutral, slow and then reverse but no, not with this technology. The ship goes to full reverse, we begin to slow immediately and we come to a full stop, dead in the water, right on target in less than 3 ship lengths, 1,500 feet. Impressive. As it turns out, the engine never really goes into reverse. The ship stops or runs in reverse because the propellers are angled and feathered to do so, the engine, the shafts do not reverse themselves. Now that is impressive technology.

I didn’t think anything on the Spruance could be cooler than steering her, but we were about to experience an hour that would come close. 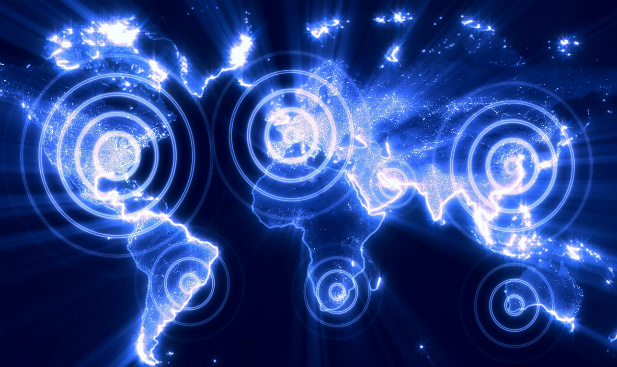 10 Trends That Will Dominate the Tech Startup World in 2013 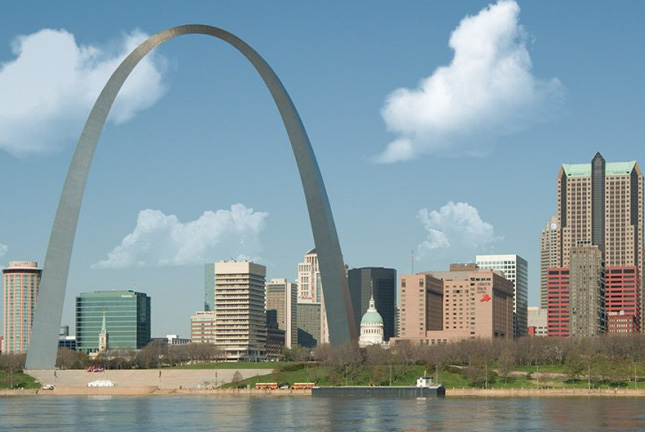