Even on a camping getaway, I don’t really want to get away from my wired life, well completely. Basking in the evergreen-glory is wonderful, but so is having full bars on my iPhone. And now thanks to Utah-based startup Chamtech you don’t have to sacrifice one for the other. In fact, using their newly-introduced ‘spray-on antenna’ you can turn the woods themselves into cell phone signal boosters. The company unveiled their a spray-on antenna which can turn any surface into a cell phone signal booster at Google’s ‘Solve for X’ conference. The team demonstrated the power of their technology by sending a VHF signal up to 14 miles away only using a tree treated with the signal-boosting spray. 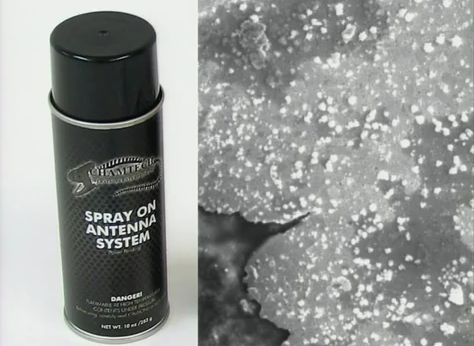 The spray works by covering a surface with nanocapacitors which align themselves to create a sudo-wireless antenna.  While incredible, the idea is not a new one. Government researchers have been studying  and experimenting with spray on radio antennas since 2001 with the goal of quickening military communication.  Even so, such a technology has never been readily available to the public.  Chamtech CTO Rhett Spencer claims the spray can increase a cell phones efficiency by 10% which he further explains in the video below.