Just one in every 10 tablet computers sold ends up connected to a cellular data plan. And that lack of traction on the tablet market, according to a new report by tech strategy firm Chetan Sharma, will likely push telecoms to rethink their plan selections in an effort to woo consumers who are reluctant to sign onto yet another monthly service.

The data shows that the overwhelming majority of tablet owners are using Wi-Fi only – a viable option for many, with widespread public, workplace and home coverage. Intriguingly, the research also suggests that a portion of consumers are buying tablets with cellular connectivity, but failing to activate the service, perhaps holding out for more affordable or better-value plans. 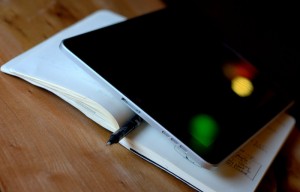 That gap may have to do, indirectly, with the state of wireless infrastructure in the United States. Telecoms have scaled back unlimited data plans in the past year, capping some deals and throttling overage on others. Cagey consumers may be reluctant to sign yet another monthly contract that could only get them a few weeks of connectivity out of each month.

Researchers predict that multi-device and family plans will be at a commercial advantage as frugal wireless customers weight their options to get service on more devices.

“We expect family data plans to be introduced in the US market soon,” reads the report.

They also opine that the trifecta of a tablet, network and cloud access present an increasingly affordable and nimble enterprise solution for employers.

“Computing is morphing into a true companion, a wily butler who just knows what’s needed next,” they wrote. “Being untethered to a desk makes us more productive. Taking the computing evolution further–what if we can create a desktop environment wherever we are instead going to a desk. ”

On the other hand, overall cellular revenue rose in 2011 on par with previous years, and is projected to reach $80 billion in the coming year. And mobile data consumption is expected to double in 2012, some of which will no doubt end up on tablets.

Service provider NetZero may hope to capitalize on the wireless gap with a service plan, announced this week, that offers a year of free wireless internet access to users who purchase a 4G modem.