[Op-Ed] Tech Writers Focus Too Much on Product 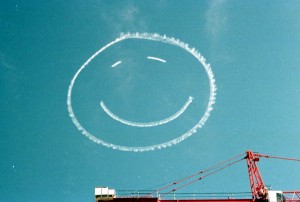 Smile: this is the Tech sector, aint' nothing else like it.

Are tech writers too product focused? That might sound like a silly question. Of course we need to focus on products! That is what this multi-billion dollar industry is all about. My reason for questioning our collective focus on products — and do not get me wrong, I love products as much as the next tech writer, whether it is the smooth UX design of the latest web platform, or taking the latest app for a spin once it downloads on my Android powered smartphone — is in order to take these products to market, in order to make you CEO of The Next Big Thing Inc, there is more to it than just shouting about your cool new product and hoping users sign up.

This is something I have frequently been told by the founders of startups, and often one of the most overlooked aspects of establishing young companies in the consumer mindset. If it is a completely new concept and new company, it is about making customers, or clients — if you are in the B2B market — aware of who you are and what you do.

Political writers and editors in the likes of the Washington Post and POLITICO are good at this, and often financial writers for media groups like Reuters and Bloomberg cover these kinds of stories with skill for the financial sector.

A major reason for our product-centric approach is the fact the startup scene is so viable at the moment, so over-flowing with activity, that there is only so many ‘column inches’ we can fill, in the language of print media. Realistically there is only so many web pages any tech blog and online magazine can dedicate, and there are a multitude of startups, cool new products, and inspiring entrepreneurs trying to get their hard work featured. The other more obvious reason is products are ultimately what this multi-billion industry is all about. Without a cool product, and a solid founding team, a VC will not lay down seed capital.

It is at this point where the story gets interesting. Seed and subsequent rounds do not ensure a company will turn a profit. The Deadpool is proof of that, as if the web bubble of the early twenty first century was not enough evidence. Unlike media outlets like POLITICO we miss the grind, the ducking and weaving, the strategies and techniques used to bring these products and emerging brands to market. Product launches, funding rounds, and pivots are the mainstay of the articles circulating the internet. For those left wondering how did they do that, glimpses of the startups handling the rapids of the river which carry them from concept to market are often, unfortunately missed, consigned to autopsies or biographies. In a Hollywood version Aaron Sorkin, oddly enough a writer more versed in politics, covered this with skill for Facebook. Sarah Lacy, formerly of TechCrunch, also has done several great books which cover the journey of amongst others, Facebook, as well as startups in countries in Brazil, Israel, and other regions beyond Silicon Valley. These are the exceptions. By comparison, political journalism is more used to covering everything from the announcement to the victory speech, and yet both fields have that same body of highly interested, highly informed, highly intelligent audience. 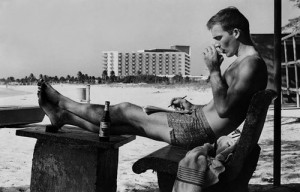 That Gonzo Spirit: that is what tech writing should be about!

Part of the reason for this is long form journalism does not seem to have permeated the professional circuit of tech journalists. The excitement of covering the next thing means the startup of last week is consigned to yesterdays front page. The reason this matters beyond tech media outlets is the more mainstream media look initially to these outlets to find out what is happening in the world of tech startups, thereby informing their audiences. If the primary concern of the founding team of any startup is generating a user-base then media coverage can make that happen, if it is a startup capable of traction, based on having a strong team, cool product, and a need of some kind is fulfilled. No amount of venture capital can give a company traction if it does not meet those fundamental principals.

In this sense tech writers are allies of both startups and the mainstream media, a role which Michael Arrington, now of CrunchFund has demonstrated with great skill. Reporting on the journey that startups in more detail could give our readers a deeper understanding of how The Next Big Thing Inc. comes to market, it would enhance the coverage of the startup scene, and it would shine a light on the people who make the consumer aware of these cool new products, from marketing interns to VCs. It is no small feat to make customers, often worldwide, aware of the startups we cover.

Just in the same reporting on a political election involves is as much about process as message and candidate, and those who get the candidate elected undertake herculean tasks. I am sure every political operator working for candidates in the 2012 race would agree, and a certain seasoned Chicago Mayor who got an inspirational Senator elected to the White House in 2008 would understand the reasoning for covering the wider spectrum of players beyond the candidates themselves. It is not just about the product. This could be about covering the whole startup scene in depth, and everyone with an interest in this fascinating and disparate community of people will benefit from this enhanced coverage.