This is the story of a world class university and a student who brazenly flaunted academic rules with a website that went viral and who then went on to found a fast-growing tech startup. 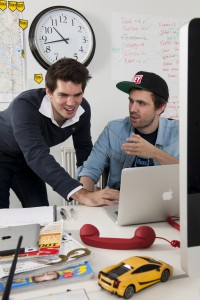 Stu Bradley & Rich Martell at work in the Floxx offices

That is what Rich Martell did when he was an undergraduate at University College London when he founded FitFinder, resulting in a fine of $250 and possible academic expulsion. It all started as an inside joke with his friends in the library. When they spotted a girl they found attractive, they would text one another. Within a month of the initial FitFinder (“fit” meaning an attractive person in England) app launching they had over 250,000 users.

The Provost, Malcolm Grant, (along with senior management of the University) forced Martell to take the site down. But the story did not end there. Dragon’s Den star Doug Richard was so impressed by the viral nature of FitFinder he invested a seed round of around $80,000.

Martell graduated and relaunched FitFinder which currently has about 50,000 users (a year’s gap, and the loss of the ‘novelty factor’ did not help when it came to uptake). This is when Dan Hopwood, their CTO and first employee, joined them and whom I interviewed earlier this week in order to understand how they made their pivot to Floxx.

“Students were using FitFinder when they were bored in the library,” Hopwood told me, “we noticed a surge of active users during exam time.” But exams finish, students jump on trains, planes and in cars, and campus is once again inhabited by the academic faculty and researchers. This element of the apps user-base makes it seasonal, and tech startups need more than seasonal fads. Fads get replaced. Floxx is looking to build something more sustainable.

Based on how people were using Fitfinder, they realized people were not just checking out attractive people in their vicinity, they were sharing information, asking for assistance from strangers, suggesting things people might like. This is how Spottd was born. Mike Butcher of TechCrunch Europe is wrong about this being a “pivot to location-based offers,” this is more far-reaching, and nowhere close to being a “Groupon clone,” than this article would indicate.

The team has raised $500,000 in venture capital and investors include Silicon Valley investor Kevin Wall. The user base is a private Betagroup of 5000 in the UK for their Spottd app running off their location-based Floxx platform. Their API plug in is currently private, but they are looking to encourage developers to sign up in time. Spottd is about sharing any kind of location based information, along the lines of a mash-up between Twitter and TripAdvisor. It is location-based knowledge without needing to search through numerous websites and Spottd allows sharing across social networks.

Spot a restaurant with a great deal — post it to the app, tell people about it. Been to a great bar recently, post it to Spottd. “Deals can become a part of this,” Hopwood told me, but its more about sharing local knowledge; things you would only know if you had been there and seen that, you can now have all that without needing to go there and see that. Useful if your traveling somewhere for a day, for example.

Floxx’s biggest update is coming soon as the team is currently developing apps across a range of platforms including for a browser and the iPad.

I asked Hopwood about their next hurdles. It comes down to how ‘sticky’ the app is, and how to get more people to get others to sign up. A game layer could enhance their current platform, like Foursquare making it fun for people to keep using it regularly. I recently spoke to the CTO of Songkick, a veteran of Silicon Valley and former Googler, who said that the Valley is not the only place to be. He is not alone, as the CEO of PlayGen has also claimed he feels London is an amazing environment for tech startups.

“In San Francisco startups are like all they talk about,” said Hopwood. The pull of the Valley, perhaps in part to do with the money, the scene, the mentors and maybe a little to do with the Zuckerberg-esque beginning to the Floxx story is why they are considering gaining at least “a presence” in California. In some respects, picking a route forward is the biggest challenge, which not only faces anyone in the founding team of a startup but also graduates like Martell. So far he is off to a flying start. 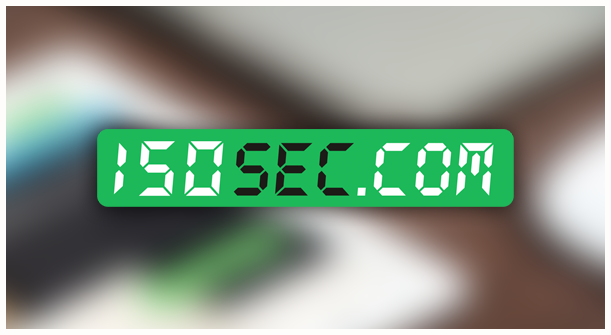 Europe
Techli’s parent company gets a European counterpart in 150sec

someone said that spottd is like reddit for real life, which i totally agree.these guys are also coming up with new ideas all the time (fitfinder/floxx,mapchat and now spottd) which goes to show that they are not a one-trick-pony startup.

I completely agree. To class them as a certain tech media company did as just moving into ‘daily deals’ doesn’t doe them justice