Swipe Germs Away with SwipeSense

*This article is fourth in a series featuring the initial Healthbox Accelerator participants.

THE IDEA: SwipeSense is a personal, portable hand sanitizer dispenser healthcare professionals can carry on themselves to reduce hospital-spread infections.

Design for America: Swipe Sense from Josh Freund on Vimeo.

THE BACKGROUND: Thousands of patients are diagnosed with infections they are exposed to while staying in the hospital. Many of these infections can be prevented with proper hand hygiene.

“It’s the same idea with hand washing,” said Iseri. “Doctors and nurses have to walk over the sink or the wall dispenser for hand sanitizer in order to protect patients.”

Iseri and partner Yuri Malina started SwipeSense while studying at Northwestern University. Iseri graduated in spring 2011 with a degree in engineering and product design, while Malina’s concentration was in math and science. Founded in his sophomore year, SwipeSense was developed over three years and three months after graduation, the pair were accepted into Healthbox.

HOW IT WORKS: Iseri says the prototype was based off of watching young children do what kids do when they have something on their hands: they wipe it on their pants. And Iseri said they witnessed the same behavior when observing healthcare workers during their shifts in hospital.

The refillable canister attaches to scrubs and contains enough sanitizer for approximately one day or shifts worth of use.

“Incorporated into the design is literally swiping your hands across a pouch and a small amount of sanitizer is dispensed,” said Iseri.

SwipeSense is also making it easier for hospital administration to track infection control data by tapping into the hospital’s wireless Internet connections.  The data will be stored on SwipeSense’s database and available for administrators to log in and see in real time what the daily usage and compliance is.

Iseri said they will be working with Northwestern Memorial Hospital  as a partner with proof of concept trials. 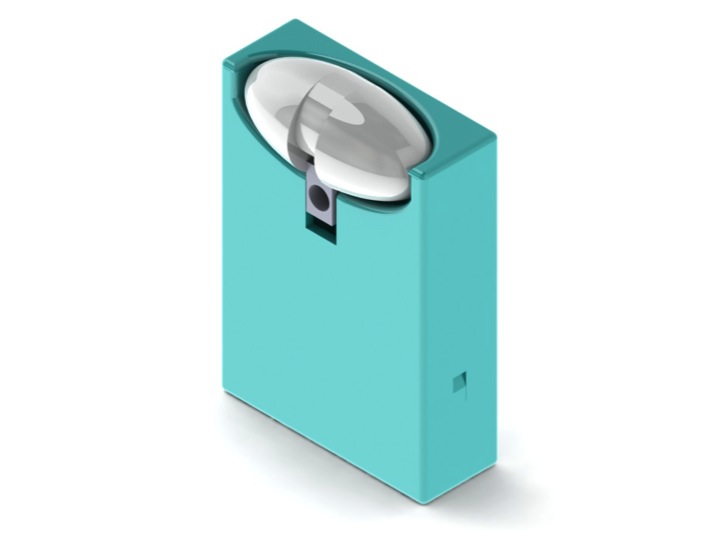