To no one’s surprise, visual content curation site Pinterest was named the Best New Startup of 2011 at the Crunchies Awards Tuesday night. And with an estimated 7.2M+ visitors (and growing), the hot startup was bound to cause a few spin-offs; one of which, Pinspire , is an almost direct copy of the original  created by the infamous copycats Samwer brothers  known for other copycats of sites like eBay, Groupon and Zynga. But the newest Pinterest spin-off , Hackerest, brings Pinterest style to the popular and extremly minimalist tech news site, Hacker News.

David  Phillips actually created the site as a weekend project meant to help practice his javascript knowledge.  The UX  leaves a lot to be desired when compared to it the Pinginal ( sorry, I had to) and I would like to be able to actually join Hackerest, and pin stories to personal boards. Despite its shortcomings, Phillips’ project shows a lot of potential. More importantly  it underlines what all Internet power-users and designers have been saying for a while and what Pinterest’s founders are banking on: users want a beautiful content experience, and are willing to go to third-party content providers to get it. 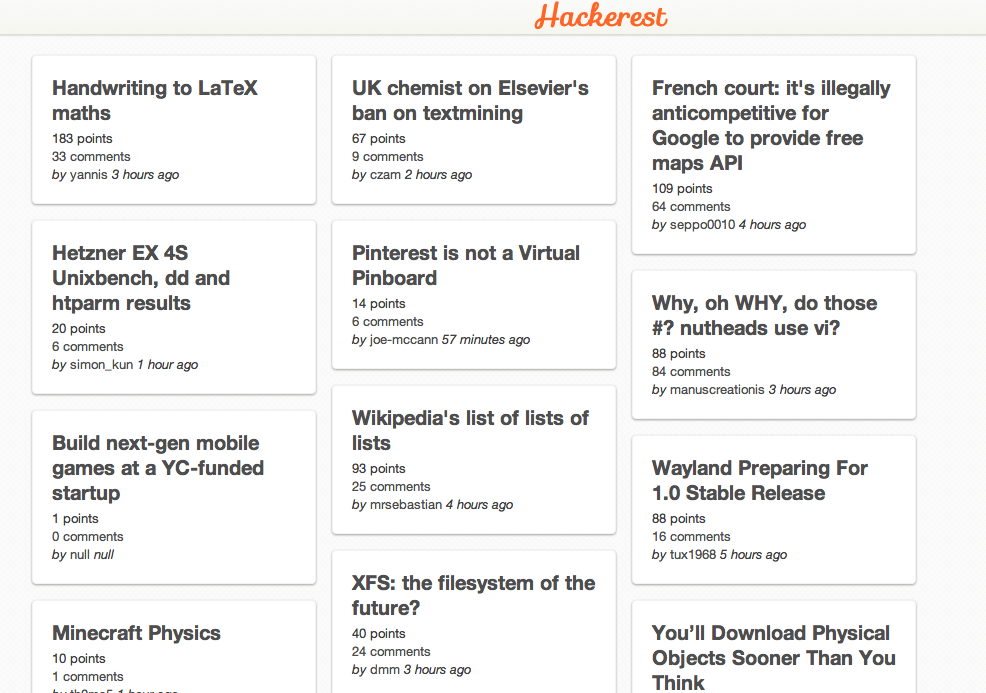