An up-and-coming St. Louis-based startup is making moves this week.  Just announced, Hatchbuck has raised $1.25 million for their sales and marketing software for small businesses.  The investment is being led by Cultivation Capital, a venture capital firm also based in St. Louis. 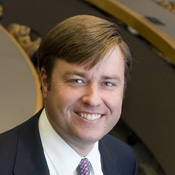 Cliff Holekamp is the director of the Entrepreneurship Platform and senior lecturer at Washington University’s Olin Business School and general partner at Cultivation Capital.

Hatchbuck first began in 2012, at T-REX, a technology incubator in St. Louis, and has continued to grow.  Cliff Holekamp, a General Partner in Cultivation Capital and new member of Hatchbuck’s board of directors, commented, “Hatchbuck has shown a pattern of increasing growth month over month.  We want the opportunity to help drive that growth even further.”

Holekamp also shared that this funding will help Hatchbuck and its team reach more potential customers, and that they’re excited to see Hatchbuck’s growth story unfold.  Techli Contributor Peter Panda covered Hatchbuck earlier this month, sharing that in the last five months alone Hatchbuck has seen a 360% increase in demo requests, a customer-base increase of 80%, and web traffic is up 767%.

Hatchbuck is sales and marketing software that extends beyond blast email newsletters by helping business owners automatically segment and nurture new leads, prospects and customers in a more personal and relevant way.

“We know our product is solving a major problem for smaller businesses,” said Hatchbuck founder Don Breckenridge. “When small business owners start actively using Hatchbuck, they tell us how it’s making a dramatic impact on their business.  We’re looking forward to the opportunity to connect with more small businesses with the help of this new round of growth capital.”