A Real Elevator Pitch Event: St. Louis University Students Are On The Rise 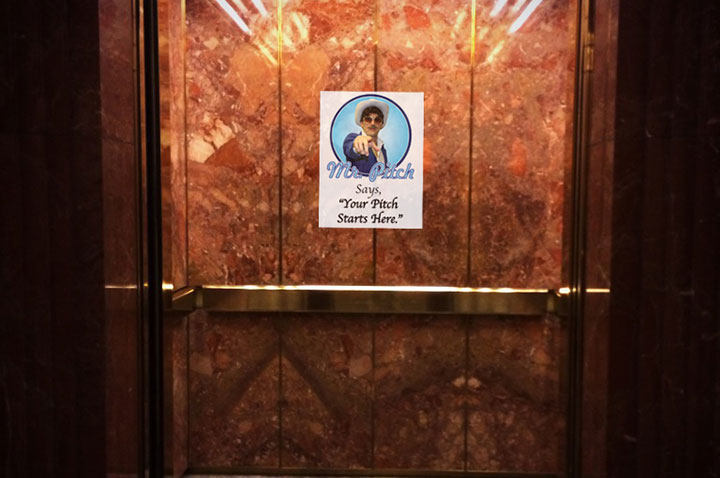 This past Sunday morning at 8:00 a.m., exactly 18 hours after returning from my wedding/honeymoon in Colorado, I shuffled into the Met Square building downtown St. Louis unsure as to what to expect next. I had been invited there by Tim Hayden, Director of the St. Louis University (SLU) Center for Entrepreneurship, to be a judge for a most unique Elevator Pitch Competition – 12 elevators, 24 students and 36 judges. 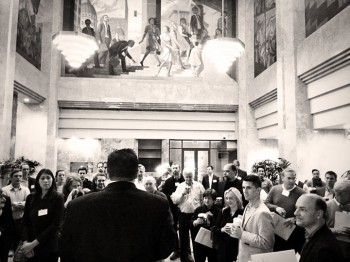 Here’s the deal: Prior to Sunday, all SLU students had been encouraged to participate in the campus-wide, ‘Real’ Elevator Pitch Competition. The first round was a 30-second video submission, and the Final Round of 24 students would be in-person, on a real elevator, Sunday morning (Good thing I’m not claustrophobic).

After being assigned to my elevator, I settled in with my judging partner, Bud Albers, to await the pitches. Each student had the length of the 40-floor ride – approximately 35 seconds – to pitch their idea and then move on to the next elevator. In total, each student would pitch their idea in 12 different elevators. For their part, each judge would award their favorite pitches a business card, and at the end of the event, the student with the most cards in his or her pocket would win the Grand Price of $2,500.

The ideas themselves were a mixed bag, but I was thoroughly impressed with the enthusiasm and professionalism displayed by all the student finalists. Personally, when building a strong team for a startup, personality and drive are at the top of my list, and I think SLU is doing a fantastic job turning out young ready-to-go entrepreneurs. 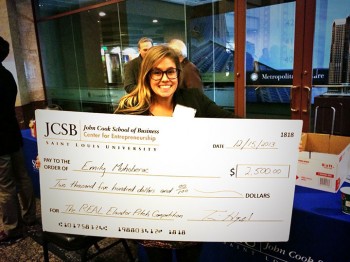 At the end of the 90 minutes, my ears were popping from all the ups and downs. I’d given out my allotted number of cards to a number of worthy pitches. The winner was Emily Muhoberac with her Anti-Theft Bike Lock + App concept, and there was a tie for 2nd between Ben Albers with Case Coolie and Madeline Sciortino with Personal Allergen Tester. They both won $2,000.  (Watch their video pitches below!)

Besides giving the students an opportunity to earn some extra cash and hone their public speaking skills, one of my favorite things about the SLU Elevator Pitch Competition is the opportunity for interaction between the judges and students. It’s not every day a college student gets to pick the brain of experienced entrepreneurs like

That sort of exposure and networking can be invaluable for a young person getting started on their own business, and it’s great to see the established entrepreneurs being so willing to give of their time and experience. It’s also worth noting that many of the students were not St. Louis natives. This is important when considering the efforts being made to retain the talent coming out of our many great universities in this region. Exposing the students and the local business community to each other in fun and creative ways will go a long way in strengthening the ties between the two.  This is necessary if we are to continue building on the momentum that’s been created over the past two to three years. Tim Hayden and SLU should be applauded for taking such an active role in this development, even on a very cold, very early, Sunday morning.