Move Over Gravel Solar Roadways Will Have Us Driving On Glass

Scott Brusaw is the inventor and Co-founder of Solar Roadways, a company that plans to replace our asphalt highways with solar powered high-strength glass roads embedded with LED lights.

The roads will have the capability of delivering messages to drivers such as “SLOW DOWN,” “STOP,” or anything else that could be required. 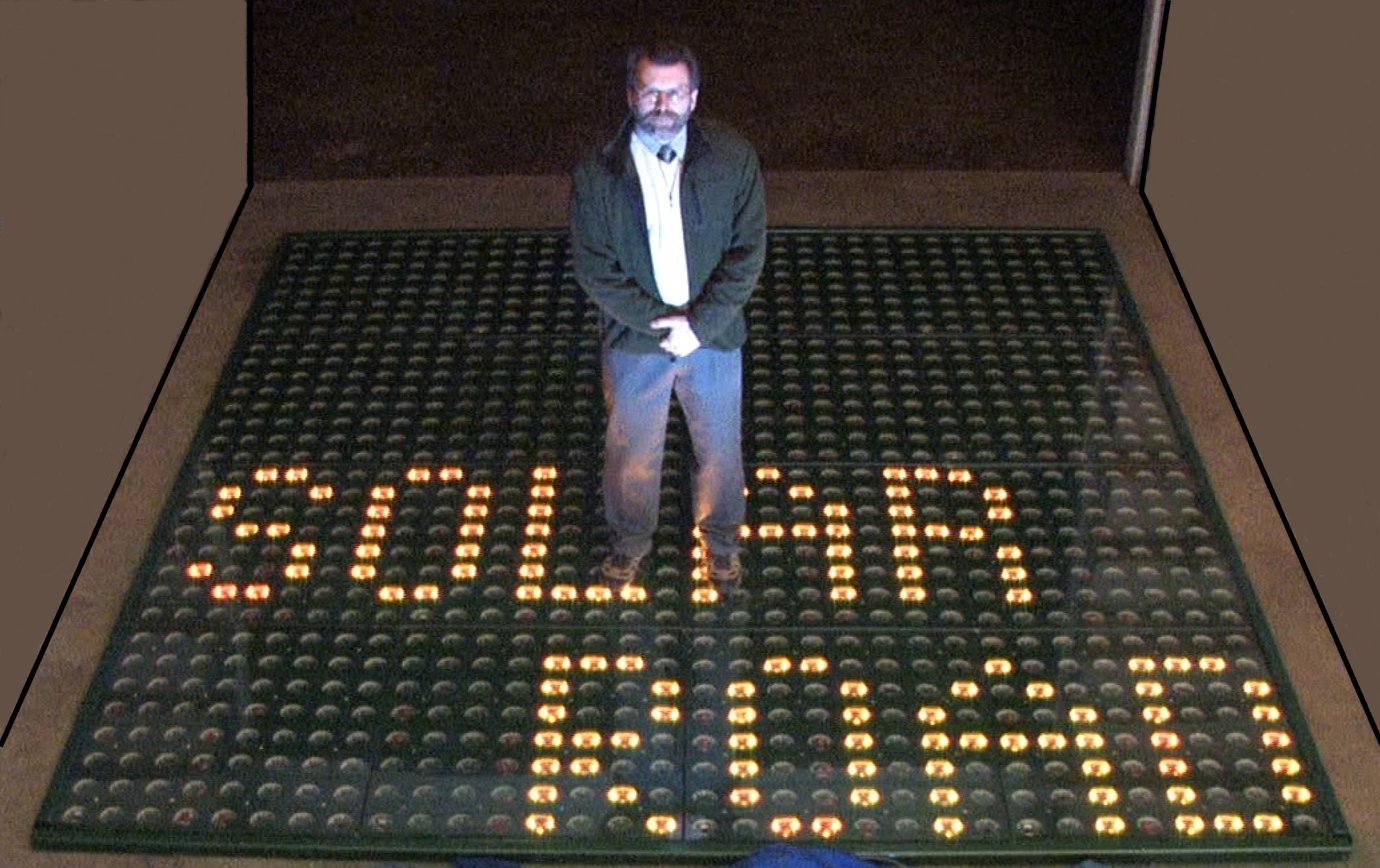 The solar roadway acts as a smart grid to offer a completely new way of distributing electrical energy around the country.

Brusaw claims that if his panels were to replace the roadways in the United States using existing solar technology, the roads would generate enough electricity to power the world.

Solar Roadways successfully completed a Phase I SBIR (Small Business Innovative Research) contract and as a result it has been granted a SBIR II follow up contract for $750,000 by the Federal Highway Administration.

In case this all wasn’t enough, the roads will also melt ice and snow in the winter.

If this works (i.e. is cost effective); then it will be great.

What about peoples front steps? and solar cells covering the lights? and curves, thanks, this would be great if these bugs can be worked out.

Agreed! Cover it ALL with solar cells 🙂

My favorite part of this concept is that it doesn’t take up any additional land — it uses land that’s already been paved, it just replaces the pavement with panels.