As a 28-year old in the summer 2011, it’s a funny thing to look back on the dial-up days of the Internet . I first gained Internet access as a tween-ager in the mid-90’s courtesy of my parents’ first desktop PC, a Gateway 2000, and a now ironically defunct company called Prodigy. Getting online entailed selecting a local phone number from a drop-down of hundreds, followed by listening to my modem screech like a cheap radar detector as it tried to connect through my Regional Bell Company home phone line. Usually a busy signal came next. Once finally connected, I blindly billed my family pennies a minute for access to a new concept called a chat room, where other Prodigy subscribers and I discovered the thrill of instant communication behind the anonymity of a keyboard.  It was all so innocent.

The chat rooms I visited were mostly about heavy metal music. A hardy “You’ve Got Mail” greeted me as I signed onto America Online with my MetalMan88 screen name. Shortly, a buddy list ballooned and I could create instant chat rooms with other AOL users I knew. My online world got nudged a bit closer to my physical identity. Email chains came next, mostly from superstitious relatives or princes trapped in foreign lands. Any recognizable images had to be dribbled together pixel by pixel and they were rarely worth the wait. The web wasn’t a publishing platform – it was just a place to hang. (Maybe Google+ got this right.)

Aside from instant messaging and email – which were both paid services tied to Internet service contracts — available services on the public Internet didn’t gain much utility amidst all the .com booms and Y2K busts. The plumbing got bigger, stronger and faster with the rise of broadband DSL, T1, cable and fiber connections creating the need for more sophisticated network architectures, but consumer software was slow to progress. E-commerce didn’t yet exist because nobody in their right mind would trust a website with their credit card information. Minesweeper was all the rage. Its mouse-driven controls were a cinch compared to the DOS keystroke commands required to operate my only previous computer game, the Nazi-killing Wolfenstein which was stored on a seven inch floppy disk. There just wasn’t much to do on the Internet back then.

In retrospect, when I should have been scooping up every domain name imaginable in a historic land grab for the best URLs, I

was instead pacing the room waiting fifteen minutes for a page to load with the Cliff’s Notes version of a reading assignment or the lonely ramblings of someone’s personal website, the precursor of the blog, that I stumbled upon through a search on Netscape.

If this all seems a bit like grandpa telling you how in his day he walked 10 miles to school, uphill both ways with newspapers for shoes, stick with me. I do have a point.

My freshman year dorm in 2001 had a lightning fast Ethernet connection that I could access from anywhere on campus using the external wireless card on my clunky $2,500+ Dell Latitude. I got my first real email address too, with my name on it and everything. Quality content started to noticeably become available as well. Encarta, the predecessor to Wikipedia, had all sorts of seemingly accurate information, and Microsoft’s antitrust inducing Internet Explorer browser seemed capable of taking me anywhere. My friends and I joined virtual conferences where we could share thoughts and files about common interests. Political science essays, porn, party invitations – it was all available, if only our computers would stop crashing.

Improved security standards and free-flowing data eventually gave rise to some pretty useful services. I could comparison shop for travel arrangements, auction knickknacks to a global audience and stay in touch with far-off friends. Entire industries changed their distributions models and middle-men got marginalized. Leaders emerged, like Google for searches, Skype for voice and a novel little college dating service called Facebook. The free-for-all of connectivity was in full swing. It was fun.

Bad stuff was happening too, though. Pop-up ads made browsing unbearable. Grandparents and children got victimized by scammers and personal lives got exposed in embarrassing lessons about the power of viral sharing. The Internet had become a dangerous place in which you were wise to guard your identity. As barriers to entry for access and content distribution became negligible, the sheer volume of participants became overwhelming and tools emerged to measure who was poking around whereand for what reason. Every page visit and click was tracked by IP address and the raging battle for eyeball attention turned organic search results into an arms race. It was all about catering to an algorithm that went something like: Keyword Density + Site Age + Backlinks = Relevancy. Digital marketers dug into the data deluge.

The period of 2005 to 2009 was a bonanza of discovery as the social web took shape, giving everybody an equal voice to express their opinions and interests.  Identities were shaped online and my cell phone became a hub of hyper-connectivity. Dynamic, user-generated content popped up everywhere, with my inbox turned into a hodge-podge depository for personal messages and veiled sales pitches. Mass customization blurred the lines between journalism and social networking, which allowed for increasingly targeted advertising vehicles to insert themselves into my various screens.  The more I participated, the more I was measured. And the more important my participation became in search of the almighty conversion rate.

Social engagement became easy to measure through ubiquitous star-based rating systems, comment strings and cross-platform ‘sharing’. Then, the Like button happened. That little thumbs up centralized the measurement of popularity and simplified the process of broadcasting interests amongst peer groups. Re-tweets followed suit. Search engines took note and incorporated the frequency of Likes and Tweets into their organic search algorithms. Social media popularity was now the de-facto measure of content relevancy. Celebrity handlers wisely sensed the rising importance of their client’s measurable Klout. Why buy a super bowl ad when Justin Bieber can directly send your target audience an actionable link? With so much content to sort, how was anybody supposed to know what mattered unless it was endorsed by a top influencer?

What happened next is interesting. Around the beginning of 2011, Facebook and Twitter lost their luster. They became over-crowded by too broad of an audience. LinkedIn picked up steam in the midst of a curiously profitable IPO, and niche social networking platforms gained sizable user bases by serving more targeted interest groups. A steamroll of Groupon-led deal services emerged, only to have their usefulness curbed by cautiously savvy merchants and their functionality absorbed by the social networks themselves. Not one to ever miss an online party, Google+ now lets Gmail users segment their contacts to broadcast interests in a more targeted fashion, but it remains to be seen whether the +1 can out-muscle the Like button and it’s brethren. Basically, the web is de-centralizing and we are once again defining how votes are counted online.

There is a limit to how many online communities somebody can stay active in at one time. Since you can’t effectively manage 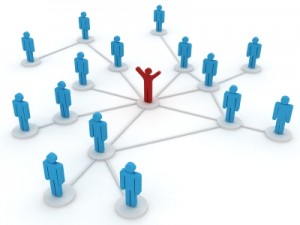 your Yelp reviews, Facebook status, LinkedIn profile, Twitter feed, Google+ circles, personal blog and gchat availability at the same time, you will be forced to focus on being the best virtual citizen possible within one of two carefully selected communities. This means the web is going back to the Prodigy chat room — a place where my voice is heard by a group of peers instead of a being lost in the chatter of an undifferentiated masses. The Internet, like most things, is still just a popularity contest. Your endorsements will soon mean more than ever, because they will exclusively reach a core audience who specifically chose to hear them. As you settle into your new online communities, pick your spots wisely when sharing your vote of approval. Your voice gets louder as the rooms get smaller.

And please, no more pictures of cats.