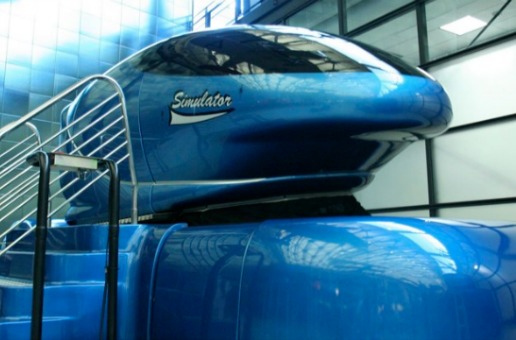 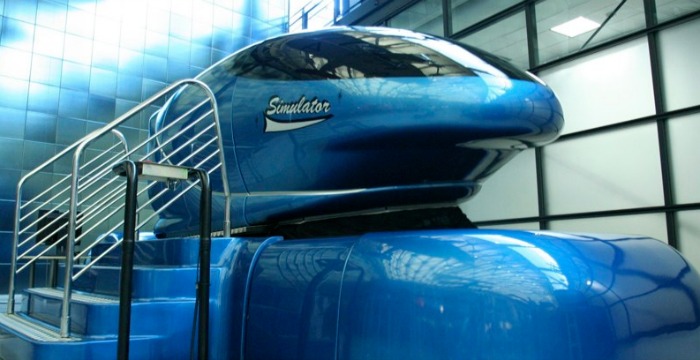 If you are lucky enough to have an extended holiday vacation this year and you are in St. Louis, why not get swept away in a tornado, or practice flying a F-18 Super Hornet? Thanks to a new display at the Saint Louis Science Center, you can take a ride in a flight simulator with seven other terrified vacationers.

The Saint Louis Science Center displayed the first of three new flight simulators earlier this month in preparation of a yearlong celebration in 2013 of the James S. McDonnell Planetarium’s’s 50th anniversary. The Morphis ESP model, manufactured by Pulseworks, LLC, is now on view in the “Experience Flight” room at the planetarium. Pulseworks, based in Atlanta, Georgia, is the leading manufacturer of flight simulators in the world. The company installs simulators in museums, theme parks, and works with corporate clients to provide flight simulation services.

The flight simulator holds eight riders at a time, and features four different experiences that visitors can choose from:

1) Riding the Wind – a primer about weather and a pretty intense ride through a tornado.

2) F18 Hornet – A carrier takeoff and landing from the USS Constellation in an F-18 Super Hornet.

3) Solar Coaster – A fact-filled roller coaster fantasy ride through the solar system to see the planets.

4) Bermuda Triangle – an underwater excursion to search for missing planes and ships off the coast of Andros Island.

Riders will have a five minute flight experience for $5 per person/per ride. Rides are scheduled every 15 minutes while during science center hours. The flight simulators are part of a larger celebration during 2013 that includes Planetarium Celebration Week in April and the “To the Moon!” event in July.

“The planetarium is unique not only for its iconic structure but that it also showcases St. Louis’ special role in the history of American aviation and space travel,” said Bert Vescolani, President and CEO of the Saint Louis Science Center. Since the planetarium opened on April 16, 1963, over 18 million guests have funneled through the doors of the structure.

The Saint Louis Science Center is one of the most popular science centers in the U.S. It was recently named one of the “Top 10 Science Centers for Families” by Parents magazine and one of “America’s Most Visited Museums” by Forbes Traveler Magazine. 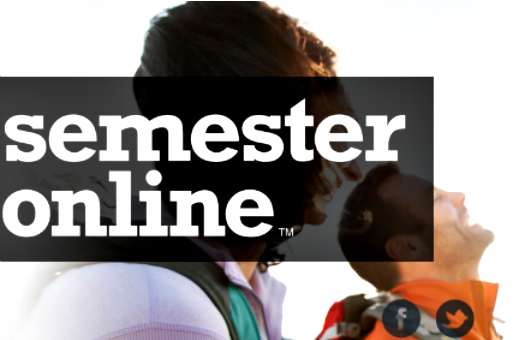 2U Partners With Semester Online To Offer For-Credit Courses At Washington University In St. Louis