Ribbon Makes Sure You Never Miss A Friend Again 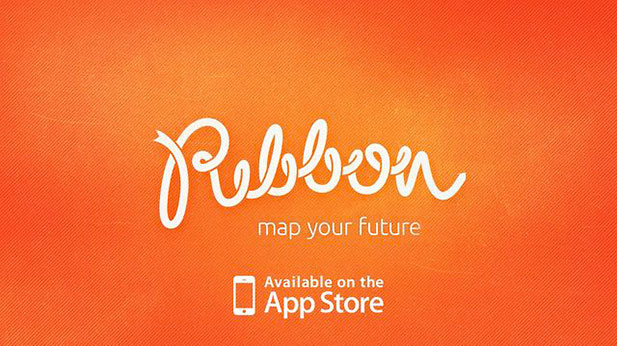 I’m currently sitting in the lobby of the Palmer House Hilton in Chicago…alone. I planned this trip a week ago and reached out to a few people, but aside from my business meetings, I have no concrete plans.  I’m sure I’m not alone in this problem, which is why newly released app, Ribbon, is looking to solve it by connecting friends when they travel to cities or events. Ribbon states that all you need to do is tell it where you will be, and you’ll never miss a connection again. Ribbon turns  your social network into a calendar with an interactive map, letting you see where your friends will be traveling next.  Check it out:

As you can see in the video, Ribbon plans to back up this claim by  connecting your Facebook friends with your future plans and determining if there is overlap. By organizing your Facebook friends into “Big Cities,” it’s easy for you to know what friends are where. Then it’s up to you to record cities you plan on traveling to and events you’re going to attend. Through the Ribbon feed, you’re able to see where your friends are going to be, too.

In my opinion, being able to sort what cities my friends are in is really useful. When I booked my flight to Chicago, I went to Facebook to see what friends of mine were there. You’d think I would know this, but it’s hard to keep track of everyone, and people change cities often during their twenties (at least my friends do). Unfortunately, Facebook makes it difficult to sort friends by city. So, I gave up. But when I add a trip in Ribbon, it immediately lets me know which of my friends are in Chicago. Talk about useful. However, it’s not without issues.

One, I still feel like I’m starting a new social network. Even though it pulls in my Facebook friend list, I have to invite friends to Ribbon and then share my plans via Twitter and Facebook. Why can’t I just send messages on Twitter and Facebook to see who will be in the future city/event? If they see the message, it’s likely they are my close friend, and there is a stronger likelihood we will meet up.

My second issue with Ribbon is connecting with friends who are going to the same event as I am. Typically, when I go to an event, I am part of a group, most likely made up of close friends. We specifically contacted one another to go to this event. If we were close friends and wanted to connect at the event, why wouldn’t I have originally invited them? When I meet people I know at events serendipitously, there is usually a startled, “Oh my gosh, you’re here too?” followed by obligatory small talk and a quick goodbye. Then, we’re off to do our original plan.

Even with my assumption that my close friends will find out where I am going to be in the future, I’m really interested in Ribbon. I think they have a really well-designed app, and I enjoyed navigating through it. I also like the visual marriage of my calendar with a map. The breakdown of which of my friends are in which city is by far the most useful feature to me. My question is this: Are missed connections on trips/events a strong enough problem that I need a separate app to fix it?

Download Ribbon and play around with it. I’d love to know what your take is in the comments. Is this something you would use? Why or why not?

Too bad there are a TON of issues with the app, the biggest one being you can’t just add what you want when you want where you want if the city doesn’t come up in the app. This app just doesn’t give you the option of adding events/trips in ACTUAL CITIES (a lot of real cities you enter do not register so you can’t create anything in the correct city but maybe someplace nearby) AND an event I am going to came up but with the WRONG dates and you can’t change it because they set it up for the wrong date so if the date you enter doesn’t at least overlap their date you can’t enter that trip/event for the right dates. Get your shit together and let people add what they want how they want.

Hi – Chiming in from here from Ribbon!  Great comments in this article, and by ZellyCakes above.  We hear stories all the time about friends missing the opportunity to meet up while at the same place – and we built Ribbon to solve this problem. While Ribbon is great for planning events with close friends, one of Ribbon’s main benefits is uncovering opportunities to meet up with friends, acquaintances, old classmates, family members and business contacts that you didn’t know would be in the same place at the same time – with the point being that users will now have the opportunity to reach out, if they want, and plan ahead to meet up with these people and share experiences together.

Regarding adding trips and events: We are a small team, but we are adding both cities and events into our system daily.  We have mapped most of the big cities of the world, and are actively mapping smaller locations and destinations.  It is important to note that while you can search for small cities, we use a Big City methodology whereby we cluster and associate small cities together into the nearest Big City – and we do this so that users won’t miss connection opportunities if a friend is coming nearby, and also to promote a great user experience by not having too many pins on your Explore TimeMap.

What event is in our system with the wrong dates? I can have that corrected by our team asap.

User privacy is also extremely important to us, and many users would rather not broadcast the exact location / small city they plan to visit, but are comfortable sharing future locations using Big Cities as their destination.  Ribbon uncovers connection opportunities, and we allow users to communicate further details through the app in a few ways (or privately of course).  You can create a trip to a Big City, and name the trip with details (including exact location if you prefer), and / or share further location & trip details in the trip feed with those friends who join your trip.  As an example, if I am creating a trip to Santa Monica Pier (Santa Monica being a small city associated with Los Angeles), I can create a Trip to Los Angeles, but name it “Fun Day at the Santa Monica Pier.”  Hope this helps!