“Social messaging has disrupted traditional services, and operators’ revenues in this area will come under increasing pressure,” said report author Neha Dharia in a statement. “Tapping into the creativity of app developers, forming industry-wide collaborations, and leveraging their usage data and strong relationships with subscribers are the key ways for operators to ensure that they hold their ground in the messaging market.”

The problem for service providers like Verizon and T-Mobile is that in the face of the growing popularity of mobile broadband, a growing number users are opting out of expensive text messaging plans and using their data service to chat with friends.

Ovum defined social messaging as as messaging services based on systems other than SMS, MMS or email, and which have a social component, such as Facebook’s chat feature.

Some users might view the phenomenon as just desserts for mobile phone providers, which charge vastly more for text messages than it costs them to provide the service. Earlier this year, Gizmodo estimated that under some plans, AT&T was charging customers 10,000,000 percent of what it actually cost to send a text message. 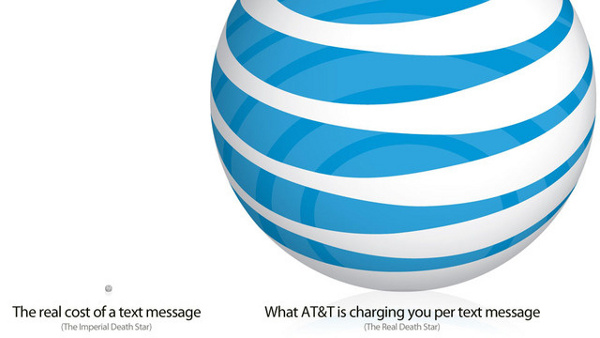 A danger to consumers, though, is that mobile phone service providers will look for ways to commoditize social chat to regain the lost revenue–echoing the fears of net neutrality advocates of the consequences of consolidating service and content providers under one room.

“Operators must remain open to partnering with app developers, sharing end-user data with them and allowing integration with the user’s social connections,” Dharia said. “Working closely with handset vendors will also be important; they control some of the most popular social messaging apps, and can also provide preloaded applications. The most important factor, however, will be co-operation between telcos. They are no longer competing merely among themselves, but must work together to face the challenge from the major Internet players.”

But the game’s not over for wireless providers. TechCrunch’s Ingrid Lunden notes that Ovum has separately predicted that mobile broadband will earn the industry $7.8B annually by 2016, an increase of 30 percent from today.