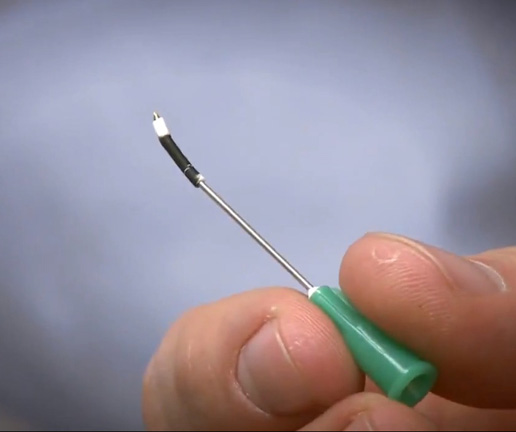 NASA has recently created an implant technology that could change the future of medicine forever in the form of a tiny capsule implant. Biocapsules are made of carbon nanotubes that can automatically administer medication when triggered by certain stresses of the body. The implant is about a quarter inch in length and is placed under the skin through a small incision. They’re strong enough to stay under the skin for up to three years without needing maintenance or replacement, and a patient could host a variety of biocapsules as needed to deal with a whole range of stresses.

NASA’s newest medical breakthrough isn’t just for space. While NASA created biocapsules primarily to fight heightened levels of radiation during space travel, the new medical technology has an incredible number of uses on Earth. The capsule’s creator, Dr. David Loftus, spoke about its many medical applications in an interview with Gizmodo. One of its most promising medical uses could be to treat patients with diabetes, administering insulin automatically according to fluctuating levels of blood sugar. This would effectively circumvent the most common reason for death in diabetic patients, who cannot monitor glucose levels during the night.

The biocapsule treatment could additionally be used as more efficient way of administering chemotherapy medicine to cancer patients. The capsule could be implanted directly into tumorous tissue, concentrating the dosage much more intensely and avoid the harmful side-effects that the treatment has on the rest of the body. Loftus explained that the new technology would also be useful in treating children with missing or defective genes, where the biocapsule could progressively administer proteins missing from the body in lieu of periodic injections.

Animal trials for the biocapsule are scheduled for this year, with human trails to follow sometime in the future. If everything goes according to plan, the capsule’s creator estimates that we’ll see common use of NASA’s biocapsule within the next ten to fifteen years. With so many possibilities and applications, it’s almost difficult to imagine how profoundly biocapsule technology could change lives all over the world (and even outside of it).