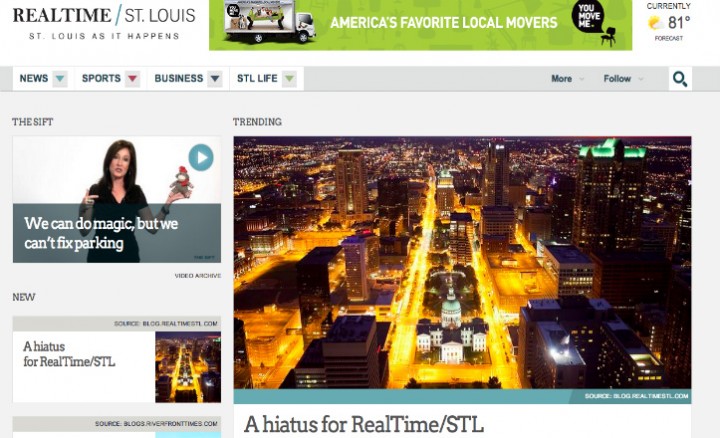 Hailed at its launch by NPR as, “The future of journalism,” St. Louis startup RealTime/STL has a new post on its site titled, ‘A Hiatus For Realtime/STL.’

RealTime/STL operated as a news aggregator, pulling news stories about St. Louis from various news sources (Techli included) and displaying them on the ‘RealTim/STL’ site.  The site also featured a daily video called ‘The Sift‘ that was smart, short and gave viewers a heads-up on news headlines.

RT was founded by Jason Fiehler’s INFUZ and headed by Kurt Greenbaum.  In a St. Louis Post-Dispatch article, Fiehler was quoted as saying he didn’t have the funding to continue running the site, saying: “We hope to resurrect it in the future, but not at this point,” finishing with, “It’s on hiatus.”

This coming on the heels of news that INFUZ was being acquired by wen development firm Integrity.  At press time, Fiehler was not available to comment further, although he is currently working on a new business serving Enterprise sized businesses.

As someone in new media can attest, it is not easy getting a project like RealTime/STL off the ground, and it takes resources.  It is unknown what the final fate of RT/STL will be, but in the short time it was running, it was an excellent addition to news here and hopefully it will find a new home soon. 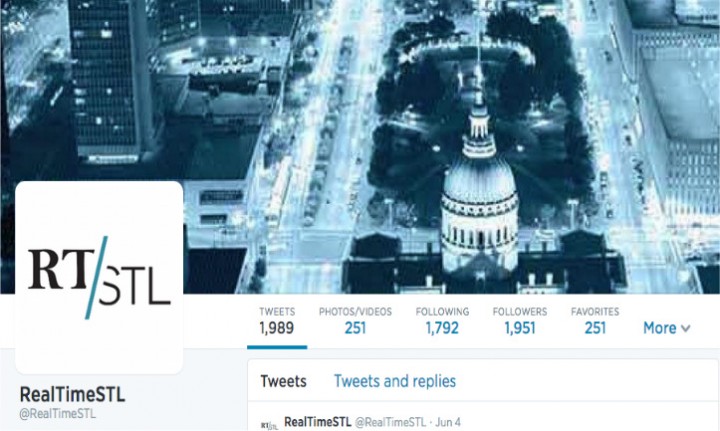