Home > Blog > Protean: All The Cards In Your Wallet, On One Smart Card

Protean: All The Cards In Your Wallet, On One Smart Card

You’re at the grocer, picking up some Tecate for your weekend barbecue, but it’s going to charge you a premium unless you show a rewards card. So you open an app, punch in the right profile, and the phone reprograms a card in your wallet — the only card in your wallet — to emulate the magnetic pattern associated with the store’s rewards program. 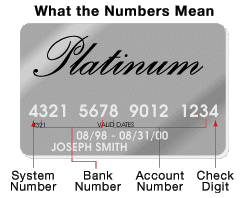 Now it’s time to pay. So you repeat the process, but this time for your debit card. Swipe that high tech card again — it’s the shape and size of a regular credit card, so it’s easy to do — and the beers are yours.

At least, that’s a scenario envisioned by the founders of Protean. The Detroit-based startup hopes to ship its smart card, which is currently codenamed Echo, by this winter — and maybe, in the process, make a lot of wallets a lot thinner.

“We’re pretty excited about the design and look of our card,” Olson said co-founder Thiago Olson. “Count on it dazzling visually like no payment card before it.”

The project is based on dynamic stripe technology. A dynamic smart card incorporates a battery, electronics, and a number of programmable coils; when it comes time to impersonate your credit, reward, or top-secret access card, the card reconfigures the coils to act like the profile of any card stored on your phone. 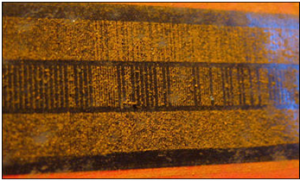 The world of digital payments is wide open, with Near Field Communication technologies like Google Wallet struggling to gain a foothold. Still, there there’s an active race to get the first dynamic stripe smart card, or a functional equivalent, to market. Olson spoke candidly about Protean’s competitors, most notably established security outfit Dynamics’ upcoming ePlate, and iCache’s Geode, which will ship later this month, and incorporates a custom phone case to interface with its smart card.

Olson hopes Protean will be able to differentiate itself from the others, though, with its ease of use and lightweight hardware requirements. By only requiring users to buy one device, the smart card, Echo “also saves our customers the cost and hassle of purchasing a new product every time they upgrade their phone,” he said.

Protean plans to market the Echo hardware directly to consumers, and to provide the app that controls it for free.

Israeli Company Will Judge Applicants Based On Diablo Skills