Israeli Company Will Judge Applicants Based On Diablo Skills

If you’ve ever heard that all those hours wiled away in front of your computer screen slaying monsters in Diablo would never get you a job, you’ll be feeling pretty vindicated once you take a peek at this wanted ad. The Israel branch of Saatchi & Saatchi is looking for a “wicked programmer” who has the skills to impress CEO Yossi Lubaton in a cooperative match of Diablo 3.

“[An employee] that can work as a teammate, come up with creative solutions fast, and show no mercy to his competitors while coming up with killer ideas,” reads the job posting. “Just like in Diablo 3.”

Diablo 3 was released May 15th and has become the fastest selling PC game of all time, moving 3.5 million units in its first 24 hours. More than a decade stands between the release of Diablo 3 and the second title in the Diablo series. 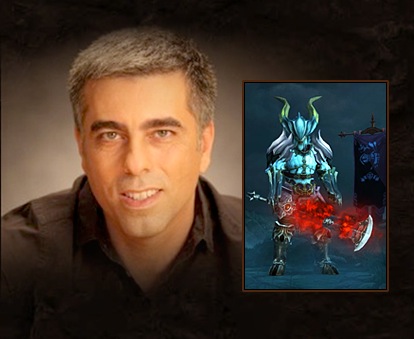 CEO Yossi Lubaton next to his in-game avatar.

Lubaton, who plays a level 60 Barbarian capable of wreaking 25,000 damage per second, is inviting hopeful employees to join him each Wednesday in July for a 30 minute session that includes cooperative demon slaying and a few personal questions to get to know the interviewees better. According to the job posting, from these sessions the company will invite a handful of candidates to be interviewed in person.

On top of the programmer position, Lubaton is offering in-game rewards, including 1 million gold coins and the Warmonger sword, a rare legendary item. Diablo players looking to show off their characters can find Lubaton under the username YossiLubaton#2572 each week at GMT+02:00.

Whether or not Diablo 3 is a sensible platform to test the skills of your next programmer is entirely debatable, but the unique approach to searching out job candidates is certainly an admirable one. I can already hear the legions of programmers furiously clicking away, practicing for their big moment with the Saatchi & Saatchi CEO.

This will probably just get them more job applicants through the publicity more than anything else.