The PlayStation Vita Vs. Smartphone Gaming

Launching in the US this month, Sony’s new handheld faces some of the biggest mobile gaming opposition of any recent portable platform, primarily because of its focus on attracting more serious gamers. Boasting some of the best mobile gaming graphics to-date and sharing many features of to its smart phone rivals (two touch screens, front and back facing cameras, 3G connectivity through AT&T), the PS Vita seems like a dream for any gamer on the go. But at $300, are there enough gamers willing to part with the growing selection of quality titles on the smartphones they already have?

The primary growing opposition on the smartphone gaming front are not those incredibly popular titles like Angry Birds or TinyTower, whose cute logos populate home screens of Androids and iPhones everywhere. While these are undeniably fun time-wasters, they’re ultimately designed for brief toilet sessions or something to stare at instead of the tobacco-saturated head of hair seated in front of you on the bus. The real threat is the growing number of “premium” titles from bigger-name developers that run in the $5-10 range, most of which are getting nearly as fancy as the $50 games that are being released alongside the PS Vita this February.

In December of last year the successful XBOX Live Arcade developer, ChAIR, released Infinity Blade 2, which was given a perfect 10/10 score by video game site, IGN, and is now a $30 million dollar franchise. Big name mobile releases from huge companies like EA and Epic are getting increasingly better as the hardware capabilities of smartphone gaming expand every year. 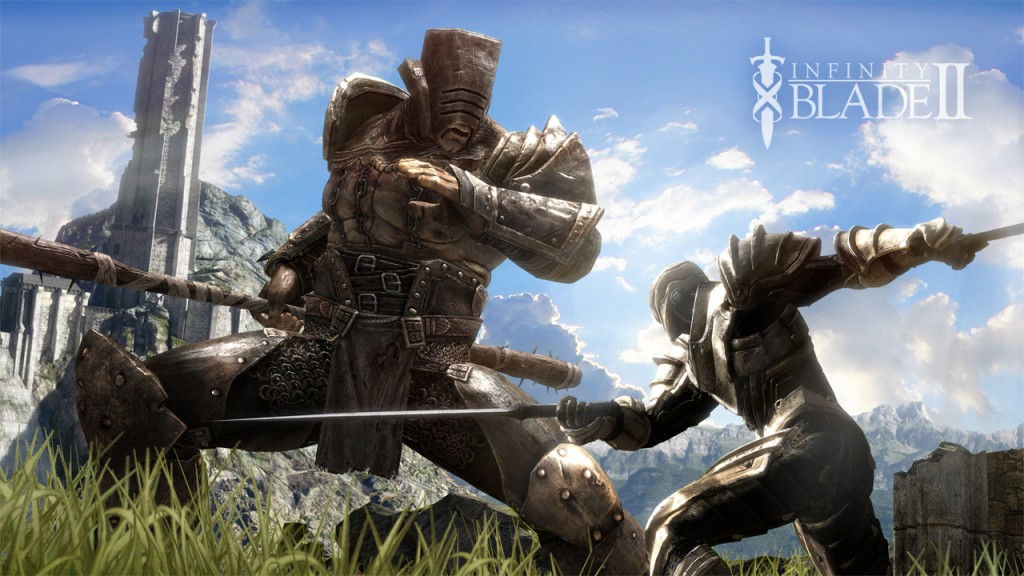 In the end, it might simply come down to controls and traditional gaming. Smartphone games have developed into simple and addicting titles like Angry Birds because they are most successful when they don’t require extensive control mechanics. This differs from more traditional gaming titles such as EA’s  Dead Space which had to undergo simplified controls and awkward on-screen directional pads to make the leap to smartphone gaming. People who want the traditional d-pad, or a joystick (the Vita has two) will be the ones who go crazy over Sony’s new handheld, who crave the solid experience of traditional console gaming on the go.

It’s also important to note that even quality smartphone games currently lack the longer playtime that can be found in most of the titles that will be released alongside the Vita, and those gamers that continue playing when they get off the bus, or habitually bring handhelds along on business trips, perhaps those children stuck in cars on lengthy family outings — these are the gamers Sony is after. It’s just hard to say how many of these gamers are dissatisfied right now with the growing, quality selection on their smartphones, and if there are enough of them to support the Vita at launch.

Personally, I want one. I really do. I mean, the thing is awesome. But then I think about how I’d rather just go out and get a standard release for a system I already own, or the layers of dust on the PSP that I sold and bought again on two separate occasions. I like the idea of being able to take games with me wherever I go, and the Vita may be the most capable of any portable system yet to do that, but in the end I can’t justify the price of admission. Even if it is really, really damn cool.

I love the vita….way better than any games I have on my sgs2

Playstation Vita, is the choice of most gamers.

As a PC gamer with a smartphone, I bought a Vita as my first modern console and was blown away. It’s a night and day difference comparing a dedicated gaming device to a smartphone.